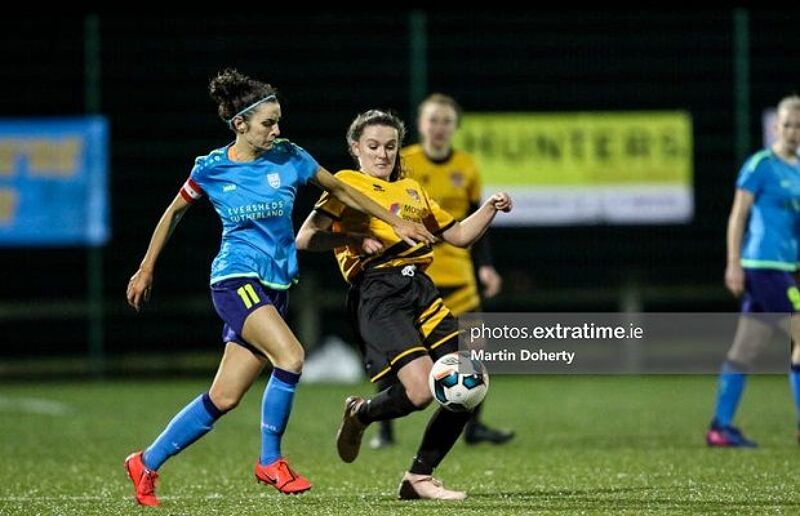 The pair are the latest to sign up ahead of the 2020 campaign as defender Niamh Prior and midfielder Fiona Donnelly renewed their deals earlier this week.

17-year-old defender Nicole Keogh, who broke into the team midway through the season, has also re-signed, as has attacking midfielder Sophie O'Donoghue.

Former Shelbourne underage defender Oleta Griffin has also signed for Graham Kelly’s side ahead of the new season following Kilkenny United’s withdrawal from the league.

Winger Cronin was made club captain by incoming manager Graham Kelly at the beginning of 2019 and she was virtually ever-present across the Waves frontline, chipping in two league goals.

The 28-year-old initially joined Waves midway through the 2014-15 season and remained following the club’s rebranding as UCD Waves.

She was part of the Waves side that reached the final of the FAI Cup in 2017 and played 90 minutes as the South Dublin side were narrowly beaten by Cork City.

We've another one!!
We are delighted to welcome back club captain Catherine Cronin for the 2020 season, Catherine took over as club captain last season and will continue in that roll for the new season, Welcome back @Catherine_91x ???????? pic.twitter.com/ab6VIqNH0Z

Cronin was previously on the books with Raheny United, with whom she won two league titles and two FAI Cups, as well as twice appearing in the Champions League.

26-year-old Badana joined the Kilternan club midway through the 2019 season from Cork City and went on to make five appearances before the season’s conclusion.

Re-Signing! We are delighted to announce that our super keeper  Eve Badana has re signed for the 2020 season, Eve came to the club last July having previously played with @CorkCityFCWomen pic.twitter.com/nIxObQ8bE0

The Canadian-born stopper shared goalkeeping duties with former Wexford Youths stopper Sophie Lenehan in the league run-in following the departure of Erica Turner for a scholarship in the US.

Badana, who represented Canada up to under-17 level, made her Ireland debut in Hungary in 2012 while studying at Drexel University in Pittsburgh before joining City in 2016.