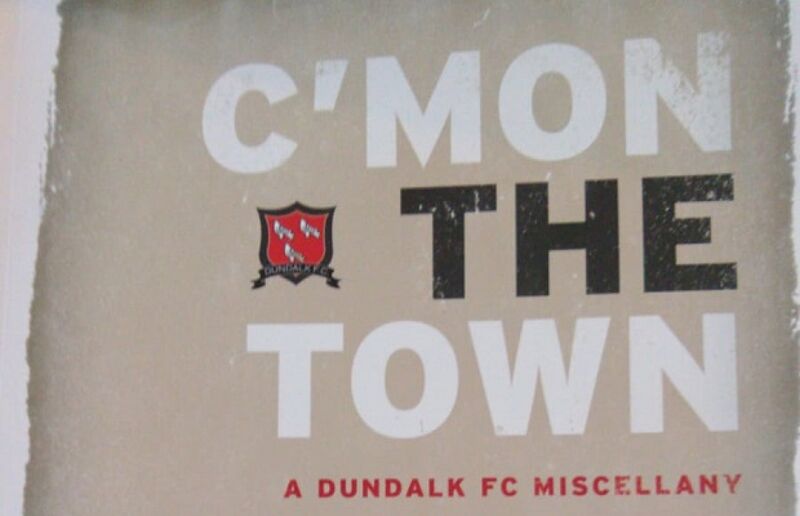 I’ve had the pleasure of reading some fantastic books over the past few years for extratime.ie. James Hendicott's excellent story on CONIFA's recent tournament in London, Kevin Burke's superb take on UCD's jaunts through Europe in 2015 or Brian Kennedy's anthology of League of Ireland memories gathered from League of Ireland clubs, both current and previous.

However, this review is a little different – it’s about a book released almost a decade ago, a book composed from necessity more than a desire to create a narrative. It’s a book that you won’t find hovering near the top of the charts nor a plethora of sports journalists pontificating about its merits – but it deserves to be part of the conversation, even now, such is its unique nature in the annals of the League of Ireland.

In 2003, The History of Dundalk FC: the first 100 years was released to great public acclaim and, such is the popularity of the book, to obtain a copy today would be an incredible achievement. The brainchild of Dundalk FC historian Jim Murphy, it meticulously traced the development of the club from its beginnings as the Great Northern Railway, through many moments of triumph and disaster – subjects treated both the same by the author – to where they lay in 2003.

Indeed, 2002, was a subject where the high of a Cup Final win was tempered by the ignominy of relegation. However, within a decade, things had progressed to a much graver position off the field. The very existence of the most successful provincial club in Ireland was being called into question. A town, which had seen its fair share of heroes on the field now needed the same off the field.

A number of people filled that role through the formation of the DFC Trust, fundraising initiatives including bag packing, snooker exhibitions, Poker Classics and the like to keep the club afloat. Almost a decade after the publication of his first book, Jim Murphy created a second to add to the finances which were keeping his cherished club alive.

Written against the backdrop of a club facing the real possibility of extinction, C'mon The Town – A Dundalk FC Miscellany was composed from both Murphy’s own meticulous records and memorabilia shared from relatives and friends of former players.

Released in the winter of 2013, the book combines statistics from every player in every competition in every season of the club- goals and appearances – as well as a selection of player headshots or team photographs from each season itself. Added to this is a plethora of pictures and statistics on the club’s journeys through Europe- a different experience to their current regular trips abroad- international caps earned by players while at the club and a variety of trivia concerning the history of the club.

What marks this publication out, is the level of detail present without being overwhelming for a casual reader. Statistics people, like myself, can pore over the book for hours on end, however it’s just as accessible for those who want to dip in and out. This accessibility is achieved by the regular use of photographs throughout – a mixture of players, supporters, crowd panorama shots, international caps etc.

It’s this understanding of the importance of both the players and the community to the development of the club, which is at the heart of the book, winner of the Best Club Publication Award at the FAI Communications Awards in 2014.

Murphy passed away recently but works like this ensure his legacy will remain at the club forever. No matter what happens to Dundalk FC in the future, the club’s incredible history prior to the unprecedented period of success (1903-2012) has been weaved into a collector’s item itself with C’mon The Town – A Dundalk Miscellany.

For those who want to read more about many of the personalities who figure throughout the book, the excellent dundalkfcwhoswho.com – of which Jim Murphy was a curator – is an excellent resource. A venerable encyclopaedia of Dundalk FC knowledge, a term which one could also bestow upon Jim Murphy himself.

His final residence was on the Rock Road overlooking Dundalk Bay and C'mon The Town – A Dundalk FC Miscellany will forever remain an immovable history written to help the club through the choppiest of waters by a man who, much like the lighthouse on the end of the pier, shone brightly for the club throughout his life- guiding the way for many others to follow.

Think it's fair enough to say it's been a decade which made a serious impression on the club's history.
(Jim Murphy's C'mon The Town) pic.twitter.com/lmIKShW92M