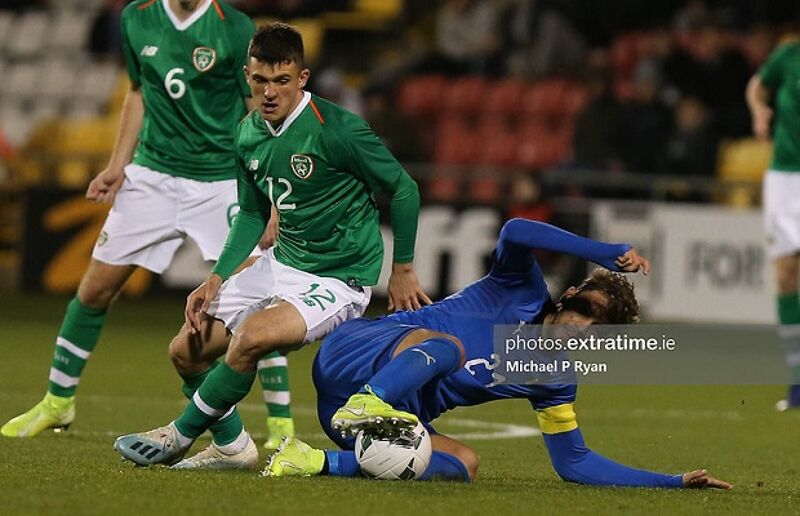 Jason Knight put his head in the firing line to net his first-ever senior goals and hand Derby County a precious 2-0 league lead at home to Charlton Athletic.

The former Cabinteely showed impressive tenacity to get on the end of Andre Wisdom’s deflected cross and took a boot to the face for his trouble in nodding the ball over the line.

A special, albeit painful, moment for Jason Knight as his desire inside the six yard box gave the Rams an early lead and his first senior goal.

It’s been a breakthrough season for the 18-year-old, who made the bench under previous manager Frank Lampard but has flourished since being handed his debut by Philip Cocu in August.

And he gave another glimpse of why ten minutes from time. If his first was opportunist, the second was expertly-taken: an ice-cool first-time volley to send Max Lowe's left-wing cross into the back of the net.

What a night for Knight!

His second of the evening as Derby extend their lead with only ten men on the pitch!

Former under-16 international player of the year Knight has started the past four games after sitting out the 1-1 draw with Sheffield United and has made 14 appearances in total.

Knight came through the ranks with his local club Cabinteely, where his older brother Kevin has previously been club captain, before moving to Derby upon turning 16.