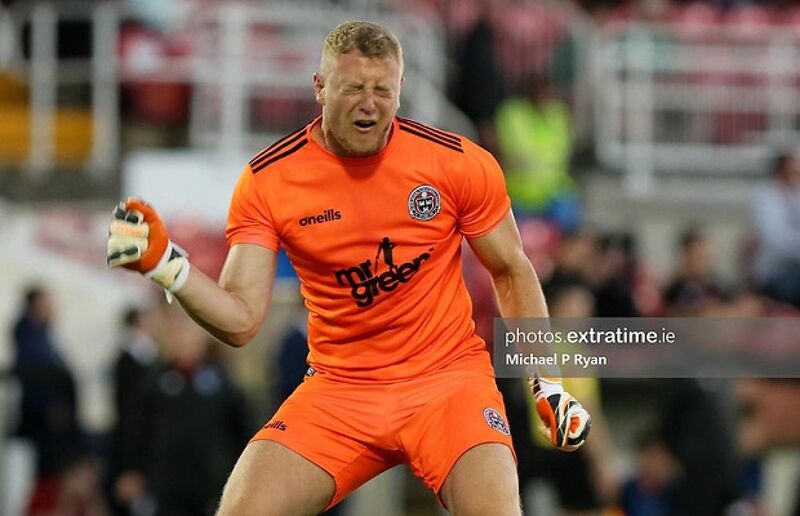 Bohemians have a chance to move back into third place at the expense of Derry City should results go their way on Friday night (kick-off 7.45pm - buy tickets here).

With third-placed Derry City facing a tough trip to champions Dundalk, three points could put the Gypsies back into pole position for one of the two available Europa League spots.

Their task of attaining European football has been made simpler by Sligo Rovers’ failure to make the FAI Cup final, meaning fourth will be enough.

Keith Long’s side have little room for error, however, with St Patrick’s Athletic just a point further behind with Bohs still to visit Richmond Park.

Goals from Graham Burke and Aaron Greene saw the Hoops to victory, while Danny Mandroiu was shown a straight red card for a bad tackle late on.

“We’ve got four games left and we’re going to try and win every one of them,” Long told extratime.ie.

“We’ve got Pats away, Derry have to play Pats as well, so the run-in is going to be exciting, hopefully right to the end.

“Hopefully we can see the job through because I think we deserve it, but you only get what you deserve at the end of the season when the final table is done.”

Mandroiu misses out with suspension following his red card, while Dinny Corcoran, Cristian Magerusan, Andy Lyons and Darragh Leahy are all injured.

Cork City travel to Dublin knowing a win of any stripe will guarantee their Premier Division survival for another season.

Neale Fenn has seen his side pick up just a single point from five games since taking the reins up in August, though crucially it came against the team below them, Finn Harps.

Last week saw the Rebel Army go down to a 4-0 hammering at the hands of Derry City at the Brandywell.

A brace from Junior Ogedi-Uzokwe, one from Eoin Toal and a Colm Horgan own goal saw City fall to their heaviest defeat of the season.

“It’s another huge game for us. We’ll be going into it believing we can win it,” said Fenn at his weekly press conference.

“Finn Harps are playing UCD, and if they beat UCD and we lose to Bohs, [they] are four points behind us, which is not a position we want to be in.

“We’re going to go up there and try to beat Bohs and hope that the other results go our way.

“I imagine that the game on Friday will be very close, we’ve got a good record against them this season, but that doesn’t really mean anything going into Friday.

“It’s going to be a tight game, we need to make sure we defend set pieces and defend our box better than we did last Friday.”

Kevin O’Connor is fit again after recovering from an arm injury but Ronan Hurley, Cian Bargary and Cian Murphy all miss out.

The sides have met four times so far this season: three times in the league and once in the EA Sports Cup.

City are unbeaten in their three league encounters, with wins at Turner’s Cross and Dalymount Park as well as a stalemate in Cork.

May’s EA Sports Cup quarter-final saw the Gypsies run out 2-0 winners thanks to goals from Ross Tierney and Danny Mandroiu.