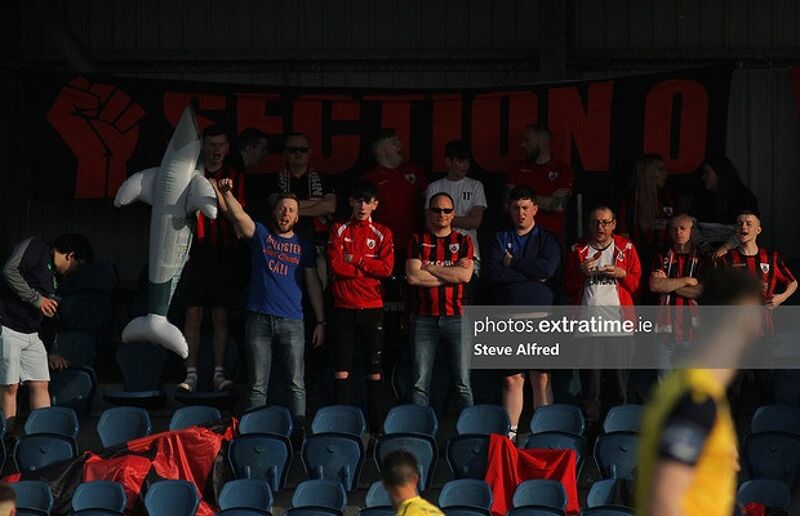 Stuart Ashton’s men go into their last game of the season looking for a win having failed to garner the three points in their last three matches out.

Longford Town are the visitors to St Colman’s Park on Saturday night (kick off 7.45pm) and with De Town already confirmed for the playoffs, the Rams could have a good chance to finish their season positively with the pressure off the away side.

Ramblers will be particularly keen to wipe their last league game from memory as they head into the long off-season.

It’s been a week since Galway United thumped Cobh 7-1 in Eamonn Deacy Park and no doubt that result is still raw amongst players and fans at the Cork club.

“We’re looking forward to the game and to putting in a good performance after last week,” Ashton told the club’s media team.

“Too many of our lads didn’t perform in the second half and they know that. We’ve worked on rectifying that in training and we want to bounce back and put on a display for the fans.”

Regarding the visit of Longford Town, Ashton said, “They’re a good side, they’ve shown that by reaching the playoffs. We’ve done our homework but it’s hard to know how they will line out.

“Will they rest players and experiment with the playoffs in mind or will they look to settle their best eleven. We just have to focus on ourselves and perform like we can.”

Ramblers will be without Stephen O’Leary due to suspension after his sending off in Galway last week.

James McSweeney is an injury doubt but Ben O’Riordan returns to the squad from suspension.

With the playoffs already confirmed, Longford Town go into the final game of the regular season with the pressure off.

Daire Doyle’s men will still want to get the win though, as if the side can clinch third place, they will ensure home advantage for the second leg of their promotion playoff against Cabinteely.

Last time out De Town were defeated by Bray Wanderers 1 - 2 at City Calling Stadium in a game which saw the home side finish with nine players as Anto Breslin and Karl Chambers were dismissed on the night.

The previous two meetings between the sides saw one victory for Longford at City Calling Stadium earlier this year, as well as a scoreless draw down in Cobh back in April.

The absentee list for the visitors is lengthy for the game on Saturday night. Karl Chambers and Anto Breslin are both suspended.

Sean Boyd, Dylan Grimes and Mick McDonnell are all ruled out through injury while Sam Verdon is a doubt too, suffering from a knock.

Stuart Ashton’s first game in charge of Ramblers came against Longford Town at the end of June. Longford emerged victorious with a 1-0 win at the City Calling Stadium.

De Town could still finish ahead of Drogheda United this season. Longford are just three points behind The Boynesiders going into the last game of the season, but their goal difference is 10 goals worse.