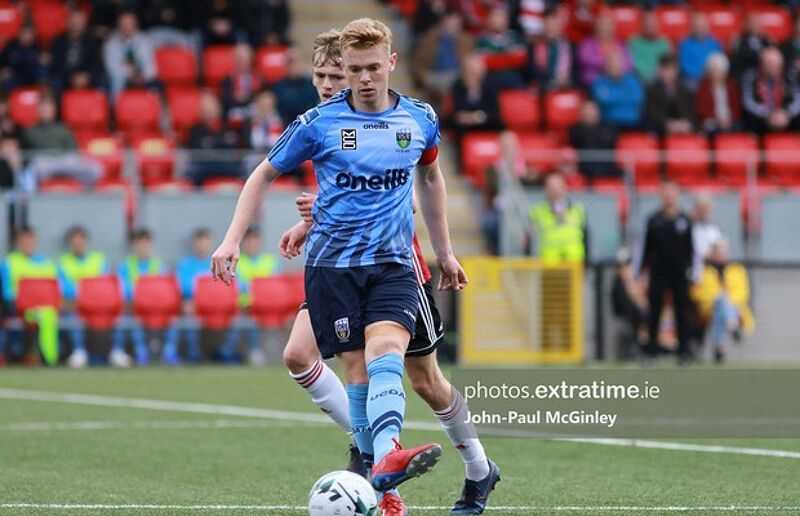 The Students will be searching to secure just their fifth league win of the season when they host mid-table Sligo Rovers at the UCD Bowl this evening (kick-off is at 7.45pm).

Maciej Tarnogrodzki’s side earned a hard-fought point at Richmond Park last time out- their first clean sheet in almost a month.

The Belfield side lie five points behind ninth placed Finn Harps with just five games remaining. Both sides still have to play each other at Finn Park.

Despite that, the focus is still firmly on one game a time, with the visit of the Bit O’Red providing UCD with a major chance to pull themselves even closer to Harps.

Speaking to his club’s media team, Tarnogrodzki admits he was pleased with his team’s performance last time out – and is hoping for more of the same this week.

“I thought we were very solid defensively, didn’t give them many chances.

“We then created some good half chances particularly in the second half, when perhaps we could have won it late on.

“The result has given the players confidence and belief, and we will look to build on that on Friday night.”

Evan Osam, Josh Collins, and Sean McDonald will all continue to miss out through injury issues that have kept them out in recent weeks.

Gavin Sheridan will also miss out after picking up an injury in training while the former Sligo duo of Jack Keaney and Liam Kerrigan are both unavailable for selection under the terms of their transfer.

Paul Doyle and Mark Dignam are also both expected to make their return to action at the UCD Bowl having missed out with injury last week.

Sligo Rovers will be looking to build some much-needed momentum ahead of next week’s FAI Cup semi-final when they face UCD at the Belfield Bowl on Friday evening.

Liam Buckley’s side won three-one on their most recent league outing against Finn Harps, their fourth win in five games.

With the Bit O’Red having a 100% winning record against UCD so far this term, Buckley is hoping that his side can continue with their impressive recent run of form.

“I was happy with the moments of quality we produced in the game last week and overall we did quite well,” Buckley told his club’s media team.

“We switched a few things in terms of team selection and the players that came in took their opportunity.

“It showed that every player in this squad contributes. I’ve said it all year we wouldn’t have a player in the group that doesn’t make an impact in our season.

“I was very pleased with all of them and no doubt they are giving us something to think about.

“In football you are always playing for something and that can be for a place in the team for a big game like a semi-final, your future at a club, your next contract.

“It is the nature of it so there’s no dropping of levels or anything like that because of what is to come later in the season.”

The former St Patrick’s Athletic boss added; “We have to see out the league in the right manner. We’ve put a lot of work into it and because of that there has to be a determination to get as many points as we can.

“As I’ve said we want that sixth place and we need a few more results to ensure we get it.

“UCD had a good result this week and they will be doing their all to catch Finn Harps, so we expect a hard game as every game in this league is.”

In terms of team news, Dante Leverock and Sam Warde are suspended. Johnny Dunleavy is ruled out with injury.

The Students are yet to defeat Sligo Rovers so far this season, losing on all previous for occasions against the Bit O’Red.

The most recent clash between the sides saw Sligo ease through to the last four of the FAI Cup with a comfortable four-nil win over Maciej Tarnogrodzki’s side.

Sligo were defeated on their last trip to the capital – falling to defeat against St Patrick’s Athletic at Richmond Park.