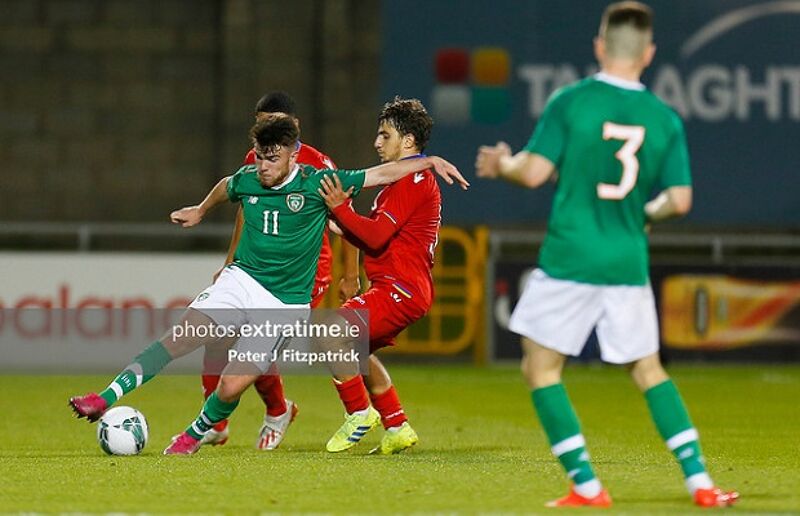 Sweden kick off their Euro 2021 qualifying campaign at home to the Republic of Ireland as the race to Hungary and Slovenia intensifies (kick-off 5.30pm Irish time).

While Ireland already have two wins under their belts, the Swedes have yet to play a competitive game with this group.

A training camp in Marbella in January yielded a defeat to Russia and a win over Scotland, while in June they recorded back-to-back wins over Norway and Finland.

The step up to competitive level is significant, however, and Sweden will be wary of an Ireland side who have won both of their games without conceding a goal.

“Ireland is a skilled team that has produced a very good generation of soccer players both in under-21 but also at under-19 level,” said assistant manager Bartosz Grzelak.

“They play pass-oriented football with many classic British elements with high tempo, high speed and intensity and sometimes that long ball comes up to the forward.

“They have a couple of great players that stand out. The one who has made the biggest impression on me is the left-winger Aaron Connolly.

“He made his debut for Brighton in the Premier League just this week. He has a lot of speed and challenges all the time which makes him a weapon of attack. He is a player to keep an extra eye on.”

Sweden have lost IFK Gothenburg’s August Erlingmark due to illness and Alexander Jallow for personal reasons, and they have been replaced by Kristopher De Graca and Anton Krajl.

REPUBLIC OF IRELAND U21

Ireland made it two wins from two in Euro 2021 qualifying with a comfortable 1-0 win over Armenia at Tallaght Stadium on Friday night.

A debut goal from Tottenham Hotspur striker Troy Parrott proved the difference in a game that Ireland dominated more than the scoreline suggests.

Gavin Kilkenny of Bournemouth was also handed a debut in the game and impressed before being replaced by Waterford’s Zack Elbouzedi.

"I thought it was a good performance, we controlled the game in all areas and we were well worth the victory," Kenny told the association’s website.

"We were unfortunate to not score more goals and maybe we've got to be a bit more clinical in the final third but overall, I was really happy with the performance.

"This is the first time that front three have played together so the signs are encouraging as we head to Sweden.

“We've got two flights to Kalmar so we've got to make sure the players are ready for another big game on Tuesday night."

The challenges get much tougher from here on as Ireland face their first big challenge of qualifying away to Sweden, who are likely to be Ireland’s rivals for second place.

The positive news is that Ireland picked up no additional injuries in the Armenia game, having lost Nathan Collins, Neil Farrugia, Michael Obafemi and Connor Ronan to injury.

Sweden and Ireland have never met before at competitive under-21 level.

Ireland are yet to qualify for an under-21 European Championships, while Sweden have appeared eight times.

Sweden’s best performance at an under-21 Euros came in 2015, when a side containing Victor Lindelof took gold in the Czech Republic with a penalty shoot-out win over Portugal.

Republic of Ireland U21