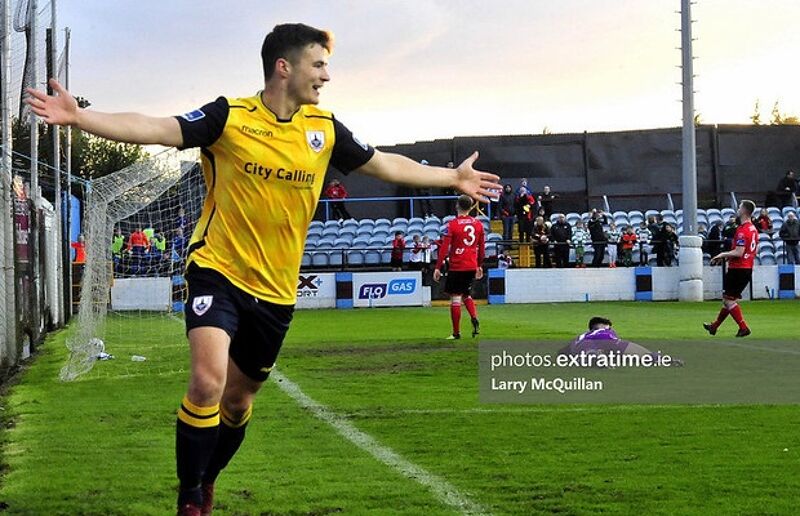 Longford Town have sealed their spot in the First Division playoffs for the first time since 2013 with a comfortable two-nil win over Wexford at Ferrycarrig Park.

Dean Byrne opened the scoring with a well taken strike from outside the penalty area in the first half before Aaron Dobbs made sure of the win early in the second half.

Daire Doyle’s charges struggled in the opening stages of the game against the Slaneysiders and were forced to wait until the 26th minute to open the scoring.

Byrne, who has impressed this year, was fed the ball from the midfield by Aodh Dervin before Anto Breslin created the space for the lively Dubliner to shoot with a well-timed overlap.

The former Hardwicke striker engineered some space for himself and shot straight into the bottom corner of the net, with the aid of the post.

The visitors made sure of the victory with just six minutes on the clock of the second half when Aaron Dobbs smashed home a fierce effort just inside the area.

Dobbs then fired past Wexford ‘keeper Corey Chambers with a right-footed shot that clipped off the underside of the bar and into the back of the net.