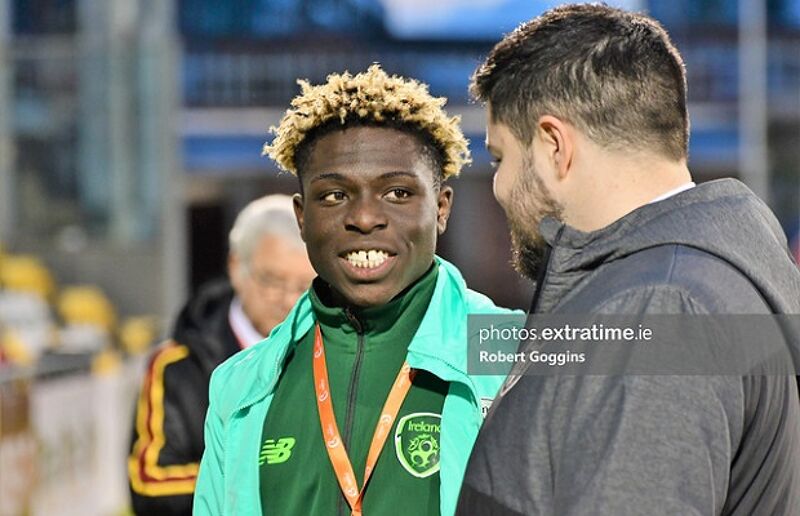 REPUBLIC OF IRELAND U19

Tom Mohan’s under-19s will hope to kickstart their Euro 2019 campaign when they meet France in Yerevan this evening (kick-off 6pm Irish time).

A 1-1 draw in their opening game with Norway was a disappointing outcome for Mohan’s side, who were the only side to win at six games in qualifying.

However the absence of 13 of the 28 players used during qualifying, including the likes of Troy Parrott and Adam Idah, has hampered his efforts to maintain consistency.

"The game against Norway was very good for our players as many of them had not played since March or April, so playing at such high intensity will stand to them going into the France game,” said Mohan.

"To play against a top team like France in the UEFA European Championships is what this is all about. We set out last year with the target of qualifying for this tournament and we achieved that.

“Now, the goal is to embrace this fantastic opportunity and play our football in the way that we know that we can.

"The first game against Norway gave us a lot of plus points as it showcased our resilience to fight back from a sloppy early period where we conceded, but also to play some really good football in the second half.

"We went to see France against Czech Republic and they were very impressive. They are a good team with a lot of very exciting players, but we are looking forward to coming up against them.”

Mohan has a full deck to choose from after Tyreik Wright served a one-game suspension in the first game, while Ciaran Brennan and Festy Ebosele are recovered from illness.

France will seal qualification for the semi-finals of Euro 2019 with victory over the Republic of Ireland at Banants Stadium.

A 3-0 victory over the Czech Republic of day one has the French in pole position after Ireland and Norway played out a 1-1 draw.

Lille striker Alexis Flips opened the scoring from the penalty spot four minutes before the break, and he scored a second early in the second half before Charles Abi added a third.

“We must have possession, but it should take shape,” said coach Lionel Rouxel.

“I will pay a lot of attention to attitudes to the loss of the ball. I will trust the players who won [against the Czechs], but everyone must be ready to go.

"If we negotiate well this match, we will have time to prepare for next week. But we do not have the points yet. I expect concentration and vigilance."

Like Mohan, Rouxel has a full squad to choose from after Melvin Bard recovered from a fever to take part in training.

This will be the first-ever meeting between the sides.

This is Ireland’s third appearance at the championships since they were upgraded to under-19s level in 2002.

Republic of Ireland U19