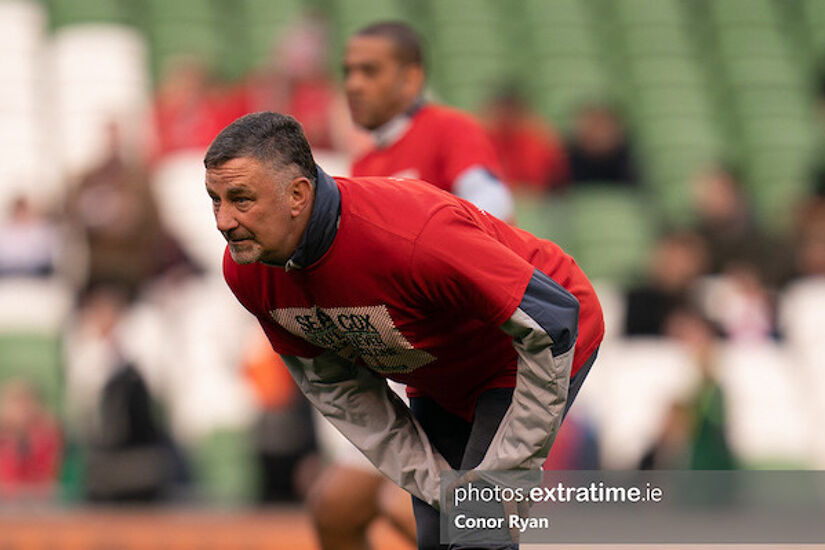 On this day 25 years ago, Mexico defeated the Republic of Ireland 2-1 in a game that is remembered for both the stifling hot weather conditions in Orlando but also the heated altercation on the sideline involving John Aldridge.

The Boys in Green came into the game in jubilant form having secured a 1-0 victory over Italy in New Jersey in the opening group game. The Irish were predicted to struggle during the match against Mexico as an ageing Irish team would feel the burden of the intense Florida heat and so it proved against a lively Mexican side.

Sweltering temperatures greeted the Boys in Green as they made their way onto the Citrus Bowl pitch. The image of Steve Staunton wearing a hat on his head protecting himself from the sun during the national anthems was a clear indicator that the weather was already putting players in a spot of bother.

Ireland were completely outclassed by Mexico and found themselves behind shortly before half time as playmaker Luis Garcia found the back of the net.

Ireland’s woes in Orlando would only get worse in the second half as they found themselves two goals behind as Luis Garcia in the 65th minute found the net for a second time. Tensions were to rise shortly after the second Mexican goal, due to difficulties with trying to make a substitution.

Tommy Coyne was to be replaced by John Aldridge but bizarrely the Liverpool striker was not initially allowed onto the field.

FIFA Official Mustafa Fahmy intervened in the substitution process which caused confusion and anger amongst the Irish management and John Aldridge. Ireland played with ten men for over four minutes as Coyne had already come off the field, but the fourth official refused permission for Aldridge to enter the field of play.

The heat added fuel to the fire as an already enraged Aldridge reached boiling point and lashed out in a verbal altercation on the sideline with assistant manager Maurice Setters trying to calm the striker down.

The foul-mouthed rant from the Irish forward was picked up on the pitch-side microphones with his tongue lashing to the forth official and Fahmy coming clearly across on the TV.

After a bit more finger pointing, Aldridge finally made his way onto pitch. Perhaps the adrenaline from the altercation helped his performance. Aldridge managed to get on the scoresheet with a late goal in the 84th minute but the Boys in Green couldn’t find a late equaliser.

FIFA didn’t take too kindly to the sideline altercation and imposed heavy fines for the touchline dispute. Republic of Ireland manager Jack Charlton was fined £10,000, with Aldridge being hit with a £1,250 fine while the Irish delegation were fined a further £10,000 for their 'ill-mannered behaviour'.

Jack Charlton’s behaviour towards FIFA observer Mustafa Fahmy was noted by FIFA as 'intolerable' and the Republic of Ireland manager was banished from the touchline for the final group game against Norway.

That match ended 0-0 and while Aldridge’s goal against Mexico wasn’t enough to salvage a point in Orlando, following the draw with Norway that goal in Orlando would turn out to be crucial in helping the Boys in Green qualify for the knockout phase on goal difference.