Paul Skinner: Every team is beating each other and it's going to be a very difficult remainder to the season 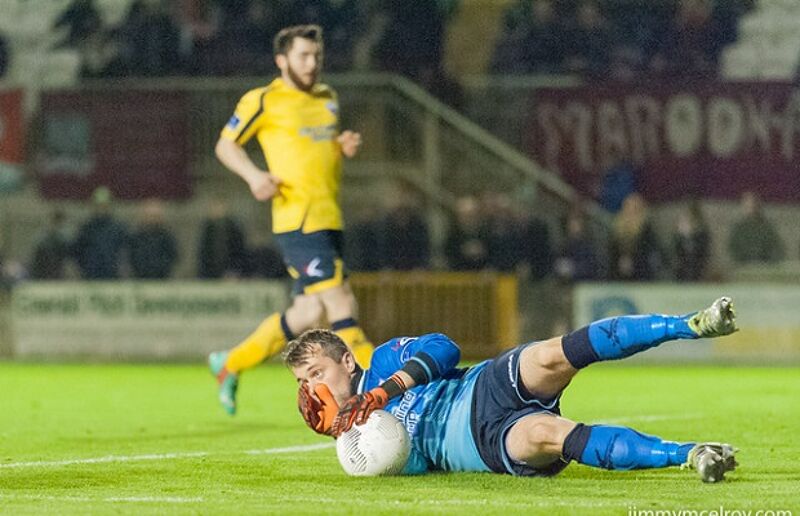 From being well down the goalkeeping pecking order at Glasgow Celtic to currently assisting Drogheda United in their quest for promotion, Paul Skinner has always focused on attaining number one status wherever he's played.

Schoolboys football with Lourdes Celtic preceded the then 16-year signing for their Glasgow namesakes in 2005, a transition made considerably easier due to the company of fellow compatriots: "Four of us had moved over at the time. There was myself, Paul Cahalane, Graham Carey and Timmy Kiely. Cillian Sheridan then came over that winter. Myself and Paul were in the same digs - Graham and Timmy weren't too far away. It helped a lot, to settle quicker, as we had a lot in common from back home."

Given his age and the abundance of quality goalkeepers at Celtic, the Dubliner remained hopeful of first team recognition during his three years at the Glasgow giants: "When you go over, you always have a target of reaching the first eleven. It was great to learn from all the guys, as we had internationals from every age group. There was a crazy amount of goalies there, but great to work with. You're looking at the first team lads, who are at such a high level, that you can only benefit from and improve your game. It was always going to be difficult, but at that standard, it was brilliant to watch and be around."

A 2008 return home saw Paul team up with Drogheda United, but just two months in, the club entered into examinership, leading him to take up a position as a postman - a role he's still in today: "We were full-time, but then Drogheda went bust. I was doing night college and got an offer to do the job. Drogheda were then part-time and training at night. I had a decision to make: either stay in night college, where I was doing Business Accountancy, Tax and Law or stay in work. I stayed in the job because ten years ago, it was very difficult to get one. It's a position for life and works brilliantly with football. I can finish early and rest up before training or a game."

Reuniting with former Drogs boss Alan Mathews at First Division Shelbourne in early 2011, Skinner witnessed the Reds relinquish the title at home in dramatic fashion on the last day of the campaign against Cork City: "Both teams were getting promoted … We were getting the league. With injury time only one or two minutes, the game seemed flat, as if both sides were happy. A long ball went down the left, got crossed in and (Graham) Cummins got a magnificent header. Everyone was dumbfounded, as we thought the game was done. It was unfortunate we didn't win the league, but got promoted, which was the target. We also got to a cup final, so it was a successful season. Being so close was heartbreaking, but we achieved the main objective."

Two years later, the netminder did clinch First Division honours, in Paul's maiden season with Athlone Town, under Roddy Collins: "I loved Roddy and working with him. Longford were favourites and had a good lead during that season. Roddy got the best out of the players that were there and we played some really good football. I know Roddy's a controversial figure, but I won't say a bad word about him. He was always bubbly and even in the big games towards the end of the season. He was astute because we had a few young lads and there could have been nerves, but Roddy had a great way of diffusing situations. He made sure everybody was focused going out onto the pitch."

In late 2014, Skinner joined Longford Town, who were newly promoted and achieved a respectable sixth in the Premier Division their first year up. However, the subsequent season proved disastrous, as the De Town ended up rock bottom with a paltry 14 points.

"The team that finished sixth were a fantastic side. If you go through the starting eleven, a lot of them had won the league before. At the end of that season, a few of those lads left or retired. Tony Cousins was then left bringing in a lot of youthful players, who were younger and hungry, but for some reason or another, it just didn't work. We lost out on a lot of experience and it was a horrible season for everyone. Maybe we overachieved in finishing sixth, but I'm a bit stumped on why we finished so badly the next season."

A return to Drogheda in the summer of last year, now means Paul is one of many First Division players eyeing promotion to the top tier after 2018's near miss: "Last season we were very unfortunate in the play-offs … Finn Harps beat us over two legs. Like every team in this division, play-offs are where we're looking at. Every team is beating each other and it's going to be a very difficult remainder to the season. If anyone offered you three points against any side, you'd bite their hand off … It's that competitive. Our aim is to replicate last season, as a minimum"