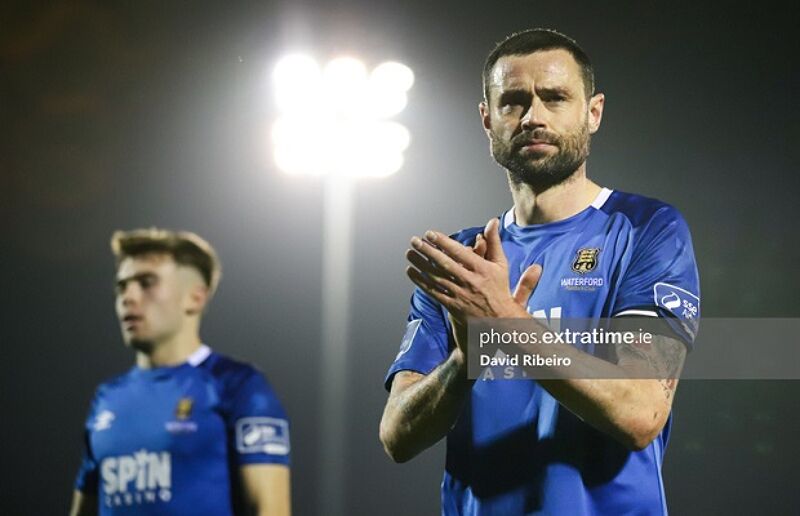 Waterford have been denied the opportunity to take part in the 2019/20 UEFA Europa League after the European body informed the FAI it wouldn’t grant an exemption to licensing regulations.

St Patrick’s Athletic had earlier this week sent a letter to the FAI questioning the Blues’ eligibility to apply for a UEFA licence.

The FAI had hoped that UEFA would accept the Blues’ ‘exception request’ to the requirement that the club be in continuous operation for three years before applying.

UEFA had made such an exception in the case of Sporting Fingal when they won the FAI Cup in 2009, however Derry City were denied in similar circumstances in 2012 after liquidating two years earlier.

Bohemians were the beneficiaries from the Candystripes’ failed application in 2012 and it’s likely their cross-city rivals the Saints will benefit this time around having finished fifth in the league.

The Athletic’s 5-0 win over Derry City on the final day of the season, allied with Bohs’ 1-1 draw with Dundalk, saw the then-managerless side edge into fifth place.

The FAI statement read: “The Football Association of Ireland can confirm it has received notification from UEFA’s Licensing Department that Waterford FC’s exception request has been rejected on the non-fulfilment of the three-year rule as defined in the UEFA Club Licensing and Financial Fair Play Regulations.

“UEFA has informed the FAI that, following the Club Financial Control Body-Investigatory Chamber decision in this case, Waterford FC may not apply for a UEFA licence for the UEFA Club Competitions for the season 2019/20.”

Waterford are yet to comment publicly on the news.