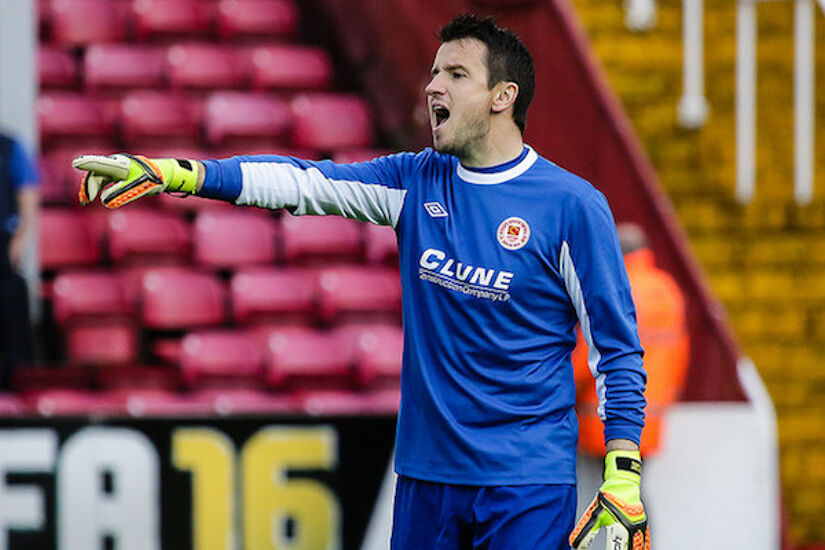 Brendan Clarke signs on with the Saints for two more seasons

St. Patrick’s Athletic goalkeeper Brendan Clarke has put pen to paper on a new two year contract that will see him remain at the club until the end of the 2020 SSE Airtricity League season.

Clarke began his League of Ireland career with the Inchicore side signing for Pats from Cherry Orchard back in 2003.

In between his first spell and second spell with the club, the Dubliner lined out for Sporting Fingal before they folded as a club. He then played out west with Sligo Rovers where he won an FAI Cup medal.

He was reacquainted with St. Pats in 2012 when he signed for the club for the second time and it was during this spell that he picked up his first league winners medal and a second FAI Cup under the watchful eye of Liam Buckley.

Following a short spell at Limerick, Clarke signed back with St. Pats and for Liam Buckley again in July this year and with Harry Kenny taking over the reigns as manager ahead of the 2019 season Clarke is delighted to have signed a fresh two year deal to keep him at the club until 2020.

Speaking to the club after signing the deal, Clarke said “it has been great being back since I signed again in July of this year and it was a seamless transition really to be honest. Some of the results over the season were disappointing but I think we finished positively with two clean sheets and with plenty to build on for next year.

“The aim is to try and get into the European positions next year and as players we will be doing everything we can to achieve that.

“Harry (Kenny) is a great character and I thoroughly enjoyed working with him when he was here before as assistant manager. We will see where we go and hopefully we’ll be successful.”

Brendan Clarke on joy of winning FAI Cup with St Pats and reaction to win with Sligo after being subbed for shootout https://t.co/jEguysTiub pic.twitter.com/Z9zaha19GO

Brendan Graham has had a few stints with Extratime.ie and is back writing with them since November 2017.Brendan is a fan of Bohemian F.C and has been to most of the League of Ireland grounds … View Full Profile