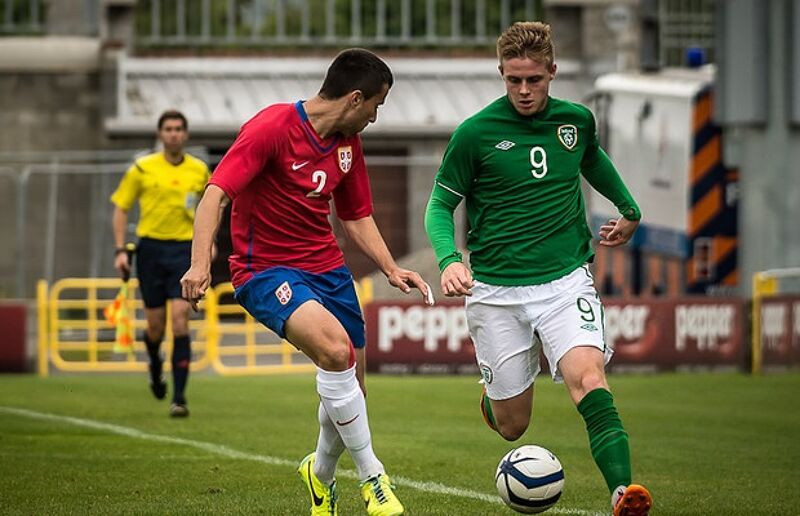 Dundalk have confirmed the signing of Republic of Ireland U21 international Sam Byrne, who has joined the club on a six-month loan deal from Everton, with a view to a permanent switch in July.

The deal was announced shortly before Dundalk’s opening SSE Airtricity League fixture against Bray Wanderers at Oriel Park on Friday night, with Byrne immediately taking his place on the bench before replacing Jamie McGrath in the 81st minute as the Lilywhites were held to a scoreless draw.

The 22-year-old hasn’t yet registered a first-team appearance for Everton after a broken leg halted his progress at Goodison Park, though he did make a return with the club’s U23 side in 2016/17.

“Stephen Kenny got in touch with me and I was interested so it all really started from there,” said Byrne.

“I’m looking forward to getting games, it’s been tough since my injury so hopefully I can get a few games under my belt and score a few goals.

“Winning league titles and playing in Europe is a massive part of me signing at Oriel Park and I would love to be a part of that so hopefully I will be.

“It’s been good here so far. All the lads are really helpful with me and I’ve settled in well.”

The Dubliner, who had been training with Dundalk in recent weeks started out with St Joseph’s Boys before making a dream move to Manchester United as a teenager – he also spent time on loan in League One with Carlisle United in 2013/14 before transferring to Everton at the end of that season.