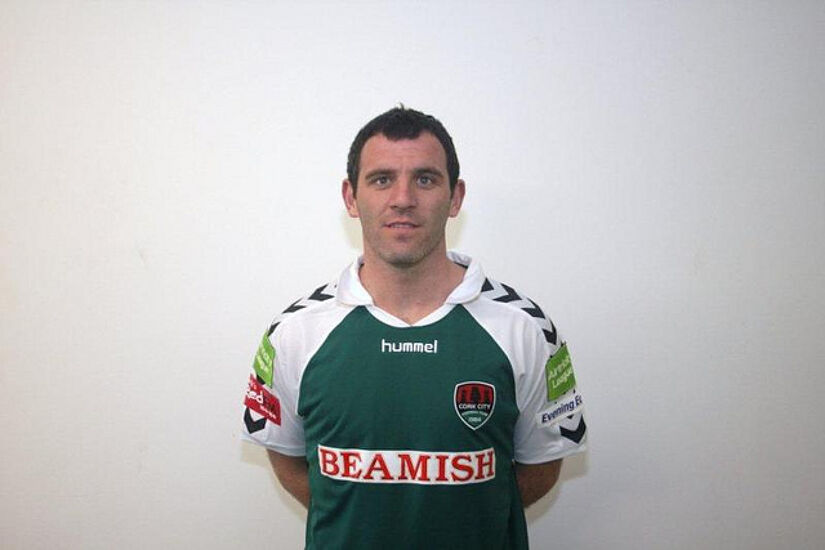 From the Archives - A 2016 interview with Cork man Greg O'Halloran.

Playing League of Ireland football in all four provinces, Greg O’Halloran has contributed to the domestic scene at various clubs across the country. ExtraTime.ie caught up with the 35-year-old to hear his tales about his nationwide travels and passion for the beautiful game.

As a teenager, the Corkonian signed for Terry Dolan’s Hull City, but soon after Mark Hateley took over the managerial reigns.

“There was a big hype when Mark came in,” O’Halloran recalls. “He changed a lot, loaning in players for huge money. I didn’t enjoy it when he was there and I decided to come home.”

On return to Leeside, Dave Barry handed the 17-year old his Cork City debut on the right-wing in a 2-1 home European Cup Winners Cup first-leg victory over CSKA Kiev.

“It was brilliant … Apart from being on the right-wing. I never played there before and didn’t expect to be in the first team. I thought that I shouldn’t even bring my boots, but luckily, I did.”

O’Halloran compared Barry’s part-time squad to subsequent Cork City sides he’s participated in. “Back then, players would go through a brick wall for you, but kill you if things weren’t done right. I nutmegged Stephen Napier in training, tried again, he kicked me and Dave just laughed.

"They were so committed, there used to be fighting, but afterwards we’d all be buddies again. If you told a young player now what they said to me, you’d have parents complaining and solicitors’ letters.”

During his first stint at Turner’s Cross, Greg travelled to Sweden in 1999 with Brian Kerr’s UEFA U19 Championship Republic of Ireland squad, winning a bronze medal.

“Brian brought a lot of fellas playing for domestic clubs. Our first game, we won 1-0 against Spain. (Iker) Casillas was in goal for them … Funny how his career went pear-shaped after that!”

Eight seasons with Cork City (with a spell on loan at Longford Town), culminated with the 2005 Premier Division title, but the Crosshaven native decided to join Shelbourne the following year.

“I always wanted to move away at some point. My friends were in America or Australia. I didn’t want to pack in football, but had an opportunity to go to Dublin, leave home and grow up.”

A second successive league winner’s medal ensued in 2006, as Pat Fenlon’s side pipped Derry City on goal difference, with a nail-biting triumph over Bohemians in the final game.

“Dublin City pulled out of the league meaning we got deducted six points and Derry only three. It was the most professional club I’ve ever been with, but we weren’t getting paid. Players could have gone on strike and quit, but we won the league to get good offers at other clubs.

“Steve Williams made a blunder, 1-0 to Bohs. I was on the bench, but replaced an injured Joseph N’Do. I was sh***ing myself, but we went on and won 2-1. I don’t think we even got paid that week and were owed about nine weeks’ wages.”

Shelbourne’s title-winning squad disassembled amid unsustainable debts, leaving O’Halloran join Pat Fenlon at Derry City for the 2007 season to come. “I followed Pat to Derry, but things didn’t work out for him. After he left, I decided it was time for me to go. I also broke my foot and had a hip injury.”

On leaving the Candystripes in July O’Halloran, eager for a swift retreat to Dublin, ended up at Galway United, but eventually arrived in the capital, on loan back at Shelbourne.

“Recovering from a broken foot, Saint Patrick’s Athletic were interested, but didn’t take a chance on my injury. Tony Cousins talked good plans for Galway, but it wasn’t the right move. Rather than one step at a time, they tried to buy success ... The following year they encountered financial difficulties.”

A year into an 18-month contract, O’Halloran left The Tribesmen, reappearing in Cork for the remainder of 2008 with Cobh Ramblers.

An inevitable second spell at Cork City developed and when the club reformed under FORAS in 2010, playing First Division football, new manager Tommy Dunne recruited him as a player/assistant manager, a position he quit after one season.

“The reason Tommy asked me was because I got on with the players and to persuade them to stay. Players want to be involved in banter, but as an assistant manager would they be the same around me? I couldn’t fully concentrate on my game when I had another role.”

An injury-time Graham Cummins winner away to Shelbourne in the concluding 2011 fixture saw Greg lift the First Division title as captain: and O’Halloran recalls it as “one of the best nights ever. We knew we were going to win, but Tommy was nervous because his contract was running out.

At half-time Gavin Kavanagh and he were having a go at one another, but we all calmed down and finished the job. After that goal, it was the longest two minutes of my life.”

Declining a “laughable contract” in the offseason, O’Halloran dropped out of League of Ireland football, becoming Crosshaven AFC and then Carrigaline United AFC’s player/manager. “I’ll always stay in football until I can’t anymore. It doesn’t matter what level you’re playing at, you should continue as much as you can.

“A few months ago I stepped down as manager, as I don’t think it’s for me. You don’t realise what a hard job it is until you’ve tried, but I’d like to stay in coaching.”

During his career, Greg has entertained with his mickey-taking and operatic tunes on team outings and the well-travelled footballer expressed no regrets about journeying around the domestic scene.

“I think that clubs signed me for my impressions and singing, instead of football. Everybody has a party piece, unfortunately for me – mine was impersonating the manager. This one-man club is b*ll*cks. It’s a job and in the League of Ireland there’s no loyalty. People will go where there’s security … That’s in every part of life.”