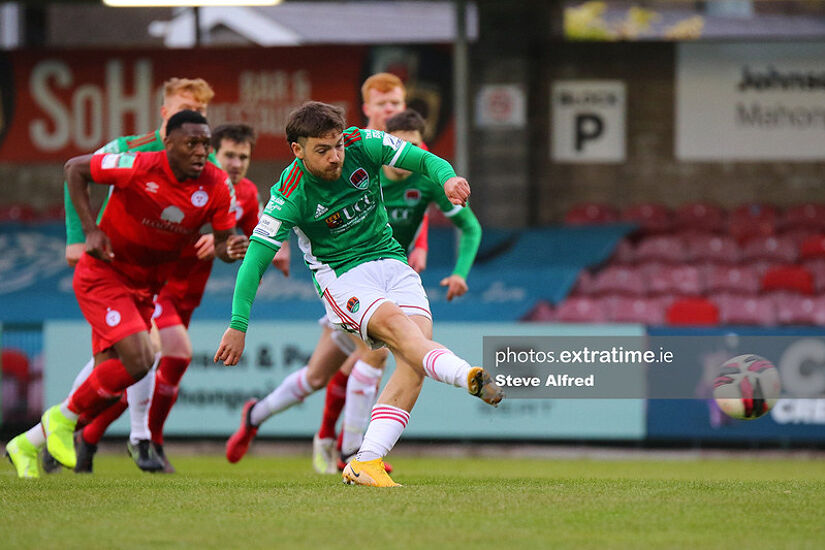 Former Cork City and Longford Town winger Dylan McGlade has left the League of Ireland to move to Australia.

McGlade, now 27, was released by Cork City upon the conclusion of the 2022 First Division campaign.

But rather than find a new club at home, the lively winger has joined Northern Premier Victoria League side Hume City in Australia.

Hume City are based out of Melbourne, and play in the 5,000 seater John Ilhan Memorial Stadium.

The club were founded by the local Turkish community in the late 1970s. Former Derry City midfielder Harry Monaghan plays for the club.

Pagel, 18, made his Drogheda United debut at the end of the 2022 campaign in a win at home to Finn Harps.

But he will not immediately link up with his new employers – as he returns to Drogheda on loan for the first half of the season.

He will then join his new employers on a full-time basis in June for Forest Green’s pre-season preparations next season.

The defender featured for the Blues last season and now joins the Buddies.

St Mirren boss Stephen Robinson said: “Richard came to our attention as a left-sided centre-half and left-footed defenders is something we don’t have a lot of.

“He has very good attributes. He’s six-foot-three, very quick and has a good left-foot.

“He’s someone who will come in on a short-term deal to challenge for a place and give us a bit more depth.”

But the Blues have moved to sign goalkeeper Matthew Connor from Galway United.

And he said: “I am delighted to be back in Waterford again.

“I didn’t want to leave my hometown club in the past so I can’t wait to get back to work and to meet up with the group again.”

Also in the First Division, Longford Town have snapped up the services of former Shamrock Rovers midfielder Viktor Serdeniuk.

The former Ukrainian international featured sporadically for the Hoops at the end of the 2022 season after joining Stephen Bradley’s side in the summer.

Derry City have also confirmed the return of loan duo Evan McLaughlin and Michael Glynn from Coleraine and Glenavon respectively.