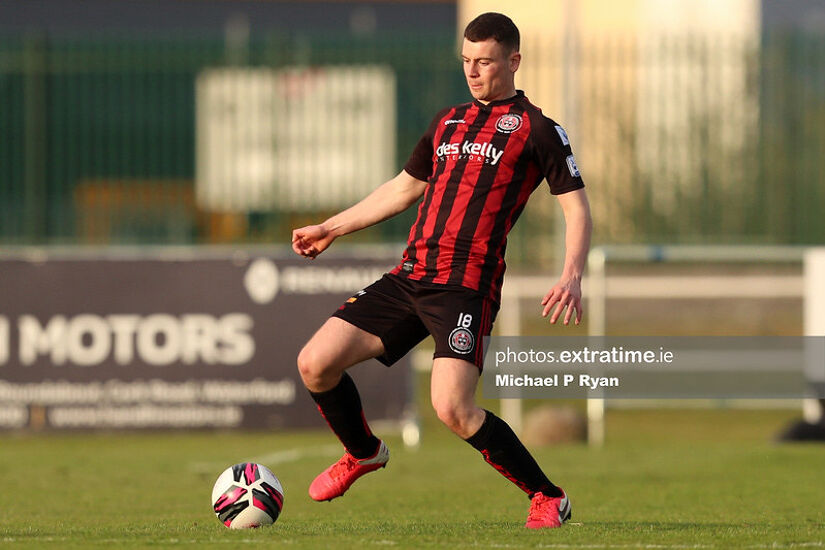 Sligo Rovers have unveiled the signing of James Finnerty from Bohemians ahead of the 2023 campaign at the Showgrounds.

Finnerty was most recently on loan with First Division side Galway United as he brought an end to his stint at Dalymount Park.

But he has found a new club in the Bit O’ Red.

He said: “I am delighted to sign for Sligo Rovers. I’m looking forward to meeting all the lads and starting pre-season in January.

“I knew straight away after meeting with John the plans he has for the club going forward that this was the place I wanted to play my football next season.”

But his former employer has unveiled the re-signing of youngster Cian Byrne on a multi-year deal.

The teenager impressed at times last season at Dalymount Park – and will be hoping to kick on under new boss Declan Devine.

Byrne explained: “I am buzzing to get going in the first-team set-up. The hard work for me starts now and I’m really looking forward to being in a full-time environment.

“I know I made my debut this year but I want to push myself further and break into the team.”

The defender, 20, joins Karl Robinson’s side off the back of an impressive end to the 2022 campaign at Tolka Park.

Shels boss Damien Duff said: Everybody here wishes Steph the best of luck for the future.

“He has come right though the academy & finally ended up in the first-team at the tail end of last season when he did very well.

“He has a real drive to go to the UK, we respect that & wish him well.”

Brentford B boss Dan McFarlane explained: “He’s been playing for Bray in Ireland, and we know that he is a terrific young lad who will be part of the positive group culture that we have created here.”

Newly-promoted Cork City have also unveiled the re-signing of defender Jonas Hakkinen – but did confirm the departure of winger Dylan McGlade.

Galway United have also added to their ranks, with Regan Donelan joining the club.