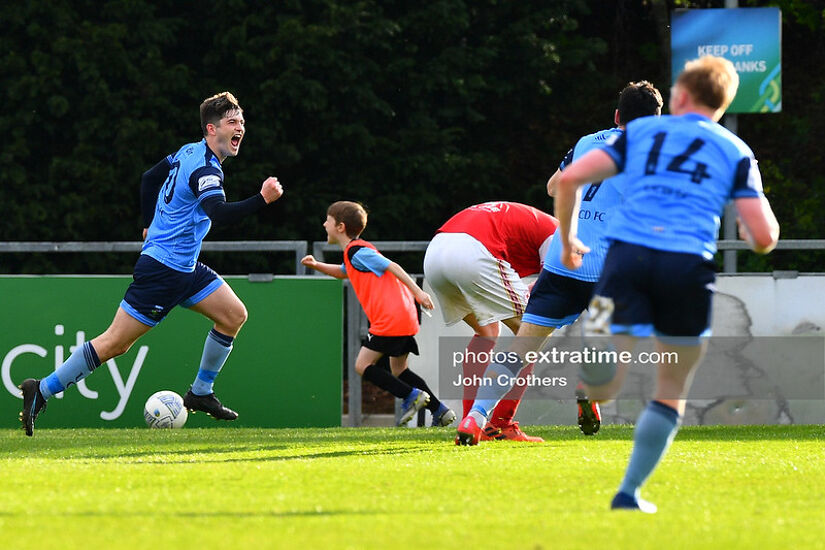 The Co. Kilkenny native missed out on a vast chunk of the 2022 campaign through an injury picked up midway through the season.

But he has been able to seal his big move away from the Belfield campus – with Derry City landing his services.

“We are delighted to welcome Colm to the club,” Derry boss Ruaidhri Higgins said.

“He is a player with an extremely bright future in the game. He has a lot of games under his belt at such a young age and has a fantastic goal scoring record.

“Myself and the staff are really excited to get working with Colm and helping him develop further at Derry City.”

Boyle joins James Keddy’s side just a day after they unveiled the capture of former Longford Town defender Ben Lynch.

Shelbourne have also confirmed that Scott van der Sluis has penned a new deal with the club – keeping him at Tolka Park for 2023.

In the First Division, Galway United have re-signed Killian Brouder, while Bray Wanderers have unveiled the signing of Dave Webster from Finn Harps.

“Lukas is a player I’ve been tracking for some time and, I’m delighted he’s agreed to join us,” Sligo boss John Russell said.

“He has all the attributes of the modern midfield player.

“He has a fantastic passing range, good game intelligence, as well as being physically strong. Lukas will bring a different dynamic to our midfield next season.”