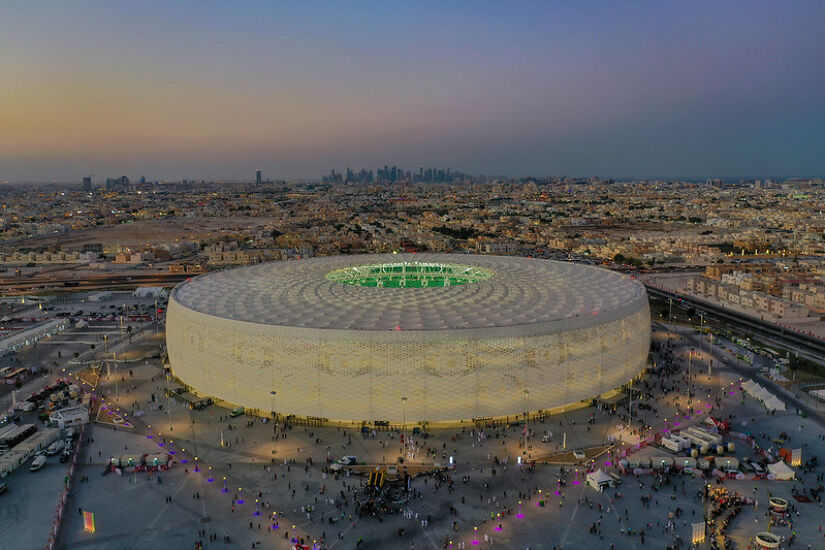 USA overcame Iran by the slender margin of one goal in a highly charged atmosphere at the Al Thumama Stadium on Tuesday night and in so doing qualified out of Group B in second place behind England.

The American team fully deserved their three points and now prepare to face the Netherlands in the knock out last 16 round next Saturday.

USA started the game like a team knowing exactly what they had to do, nothing less than a win was required if they were to qualify for the last 16 stage.

They attacked Iran on both flanks, with Sergino Dest and Antonee Robinson getting acres of space from Iran on both wings and causing numerous problems for their defence with their crosses.

USA showed their attacking intent as early as the second minute when Christian Pulisic ran at the Iranian defence from the half way line but his chance was eventually snuffed out when an earlier pass to the overlapping Josh Sargent might have yielded dividends.

Iran had a rare counter attack on the 21st minute but Mehdi Taremi’s pass to Sardar Azmoun was intercepted by Tim Read and the danger averted.

Gregg Berhalter’s team had a number of other half chances before their pressure finally broke the Iranian resolve in the 38th minute. A sublime pass from Weston McKennie found the run of full back Dest and his cushioned header into the box was stabbed home by Pulisic for a great goal.

Sargent and Timothy Weah both had chances to extend the USA lead but neither had the precision to find the net. Weah did find the back of the net in the 51st minute but it was disallowed for an offside, an extremely tight call it has to be said.

USA continued to be the dominant team in the second half but they really needed a second goal to stave off the inevitable Iranian fight back.

They almost had that insurance goal four minutes into the second period but Josh Sargent pulled his shot wide, albeit from a very acute angle.

The extent of the dominance of the USA was evidenced by the shots on target count, it was 9:1 in their favour by the 55thminute of the game.

The Iranians did up their performance as the second half wore on but shots by substitute Saman Ghoddos and midfielder Saeid Ezatolahi were too high and did not trouble Matt Turner in the USA goals.

Their main striker Mehdi Taremi was very well marshalled by the USA central defence and he did not register a shot on target for all of the 100 minutes of action.

The Amercians had another chance to seal it when Haji Wright was straight through during the tenb minutes of injury time but he fluffed his lines badly and the chance was lost.

There was drama right at that death when Spanish referee Antonio Mateu Lahoz called for a VAR check after an Iranian forward fell under a very light challenge by Cameron Carter- Vickers in the box, but it would have been in an injustice to the Glasgow Celtic centre back and the team had it been awarded.

The final whistle signalled the end of Iran’s involvement in the tournament, that famous 2-0 win over Wales in the previous game not enough to take them through and they finished on three points in third position.