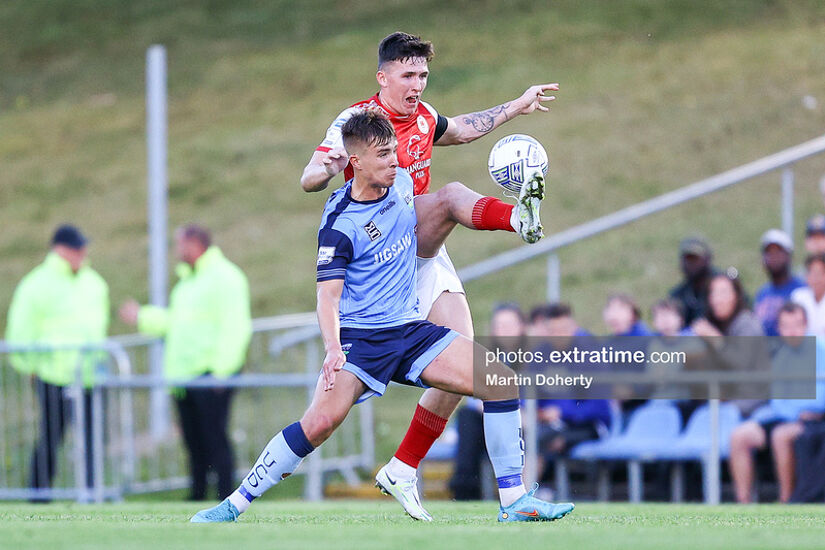 St Patrick’s Athletic have confirmed the return of prolific young forward Tommy Lonergan to the club.

Lonergan, an Ireland under-19 international, re-joins the Saints after helping to steer UCD to top-flight safety earlier this month.

His goals during the run-in proved key as the Students staved off Finn Harps and Waterford to remain in the Premier Division.

A highly-coveted forward given his form, the forward has returned to the club where he made his name as a young player in the underage National League.

“There was a lot of competition for Tommy both from within the League of Ireland and further afield, so it's a real coup for us to get him back.

“He had a very good year last season at UCD and played a key role in their survival.

"Especially after Colm Whelan got injured, a lot of people thought UCD might have fallen away but it shows the quality that Tommy has to score the goals that he did to help them stay in the Premier Division.”

On his return to Richmond Park, the forward added: “It's great to be back and I feel at home already.

“I've been chatting to Tim Clancy and he convinced me to come back. I know St Pat's inside out and I feel it is a great place for me to progress and to continue my career.

“I had a great three years spell in the Pat's academy, scoring goals and winning trophies with brilliant players who have also progressed at the club from the academy into the first team and I'll be hoping to do similar.

“St Pat's is a great place for young players to play football.”