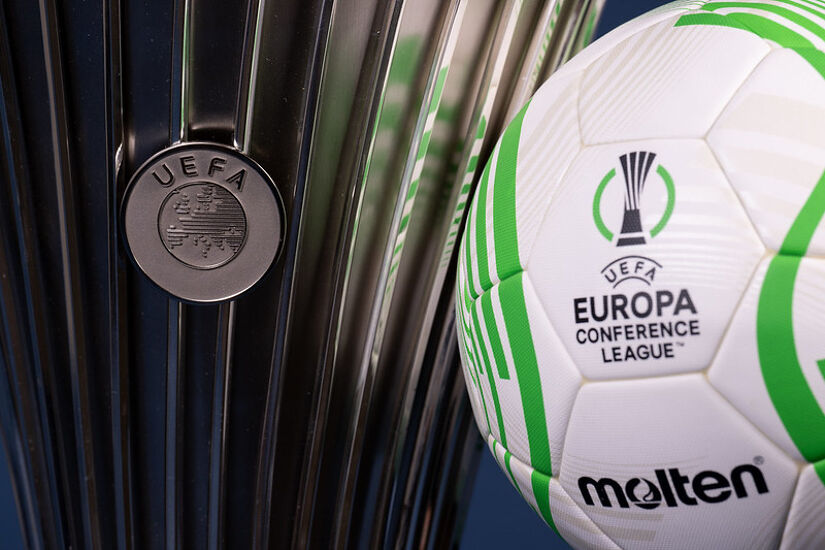 Match Balls Shoot at the UEFA Headquarters, The House of the European Football, on August 2, 2022, in Nyon, Switzerland. Credit: Kristian Skeie - UEFA/UEFA via Getty Images

Will someone please think of the coefficient?

If you are wondering what the coefficient is then it is probably safe to say you follow football in England, Spain, Germany, Italy, France, Netherlands or one of the other top tier leagues in Europe.

To the supporters of leagues outside of that grouping, the coefficient is something that is analysed on a yearly basis as their clubs begin their European campaigns and is excitedly mentioned after every win or draw in the hope to farm as many points as possible for the next year's campaigns.

So what is the coefficient?

The UEFA co-efficient are statistics based in weighted arithmetic means used for ranking and seeding teams in club and international competitions.

For the purposes of this article we will look at the association coefficient and club coefficient.

The association coefficient is used to rank the collective performance of clubs in each association (e.g. FAI etc), determining the number of places and what stage clubs enter the Champions League, Europa League and the Europa Conference League competitions.

The club coefficient ranks individual clubs for seeding in those three competitions.

So how does club coefficients work?

Clubs earn points for their matches from group stages onwards that count towards their club coefficient.

Teams that reach the Europa League group stage earn a minimum of three points. This is not added to the match points, as this is only a guaranteed bonus should the club earn less than three points based on performance.

The same principle applies to the Europa Conference League at the same round, but only two and a half points are assured.

There is one more way to earn club points and that is losing in the Europa Conference League qualifying rounds. Depending on the round teams are eliminated they will gain points. The reason teams don’t get points for losing in the Champions League or Europa League qualifyiers is that clubs still have a chance in a lower competition as they drop into the Europa Conference League.

That’s great, but what’s the point of the club coefficient?

They are used for seeding purposes in qualifying rounds and group stages. For the most case, clubs are seeded based on it.

In group stages, teams are placed in pots depending on their club coefficient. The only exception to this is Pot 1 in the Champions League which is already fixed.

Ok, so what is an association coefficient then?

The association or country coefficient for club competitions is determined by the sum of the UEFA country co-efficient over the last five years. For every win or draw a team achieves, it is divided by the number of teams that country has participating in European competition that year.

For example, if a team wins a qualifying game, and there are four teams from that country in European competition that season, the co-efficient will gain 0.25 (1 divided by 4) for that win. There are no points gained for round progression, just individual game outcomes.

In qualifying rounds, a win earns one point, a draw half a point. For games in the Champions League, Europa League and Europa Conference League group and knock-out phases, a win earns two points and a draw gets a point.

There are also bonus points on offer.

- Clubs that reach the group stage (4 bonus points for the Champions League).

- Clubs that reach the round of 16 (5 bonus points for the Champions League, 1 bonus point for the Europa League).

- Clubs that reach the quarter-finals (1 bonus point for the Champions League and the Europa League).

- Clubs that reach the semi-finals or final (1 bonus point for the Champions League, Europa League and Europa Conference League).

I’m hanging on in here, what are association coefficients used for?

For example, England’s co-efficient is 90.284. If Wrexham qualified for European competition next season, as they haven’t competed in the last five seasons in Europe, they would automatically get a coefficient of 18.057 for whatever competition draw they found themselves in.

The other usage of the association coefficient is determining how many places a country will get and where they will start their European journey.

So, at the time of writing, the below information is how places versus country rankings play out.

Got it! So how are they League of Ireland clubs and association doing?

The rise in the rankings was largely built on the back of the 2006/07 season when Derry City went on a good run in Europe. The Candystripes recorded a double win over IFK Goteborg, hammered Gretna 7-2 on aggregate and secured a scoreless draw against PSG before exiting the competition. That run, combined with the other clubs efforts, left Ireland with a co-efficient of 2.833.

Unfortunately despite that season’s efforts and a decent 2008/09 co-efficient, the League of Ireland faltered in Europe over the next number of seasons resulting in a gradual decline in our co-efficient from 2010 until more recent seasons.

The decline in our score contradictorily coincided with the league’s first qualification for the Europa League group stages. While these were historic moments for the league, in reality the group stages generated very little in the way of co-efficient points for the country ranking.

The biggest blow to Ireland’s ranking hopes during the 2010s was the five year impact of carrying the 2013/14 season co-efficient of 0.25 when Irish sides lost all their ties and only managed to muster two draws and four losses. That score was the worst points scored out of the 53 countries that season.

Since the co-efficient decline of 2010 to 2016, the league has steadily been building back up the country points totals but it has been the last two seasons that have been the gamechangers.

In 2020/21, despite reaching the group stages of the Europa League, Irish sides only registered two wins and three draws, but due to COVID-19, there was only one match per round and worth double the points compared to previous seasons, so Ireland ended up with 1.875 points.

Last season, Irish teams in Europe registered a record ten victories with three draws to record the highest co-efficient ever with 2.875 points.

That record only lasted one season as in the current season, the league has once again achieved 10 wins in Europe but has landed four draws an increase of one from last year.  This resulted in two record breaking achievements - the country co-efficient has surpassed three points (3.125) for an individual season and our 2023 ranking score is now over 10 points (10.125) for the first time ever.

Shamrock Rovers are also still in the competition and have a minimum of five games left to increase that ranking score.

This sounds good, so how close are Ireland to more places and better starting points?

So the Republic of Ireland are currently ranked 35th for the 2023 season with some potential for improvement. Four countries below Ireland are also still in competition so they could in theory pass Ireland meaning our worst placing for 2023 could be 39th.

To get a better starting point, Ireland would need to achieve a ranking of 29th, currently occupied by Azerbaijan on 14.625. That’s 4.5 points ahead of the Irish or in points winning terms, 18 points need to be won.

In order to gain an extra place in European competition, you would need to be ranked 15th, which is currently occupied by Russia (who are not competing due to the war in Ukraine). They are 16 points ahead of Ireland, or 60 points needed to be won!

Considering 3.125 is a record point score for the Republic of Ireland, then the gap to one of those two scenarios are a great distance off.

Of course Shamrock Rovers can still potentially better that score.

Overall, the gain of association coefficient points isn’t going to really change much in the short term as Ireland are sitting in the middle of a ranking range that will require a lot more points to be gained to either improve our competition starting points or gain more European spots.

But for now, some League of Ireland opposition fans will be urging Shamrock Rovers on, maybe not out of the wish for the Hoops to progress but more to see that coefficient gather as many points as possible for the country.

And finally….some Stats and Figures

- In the 70 Champions League games, there have been 15 wins, 24 draws and 31 losses. Notably in the Champions League, there has only been three seasons where the league has recorded two wins – 05/06, 08/09 and 22/23. Of the 23 seasons we are looking at, 11 of them went without a win in the premier European competition.

- The League of Ireland had three representatives in European competition up to 2010 when that increased to four. It has remained so bar the 2016 season where UCD gained an extra space due Ireland’s third place finish in the UEFA Fair Play table.

Ireland's record in European Coefficients since 2000

Ireland's Results in Europe since 2000