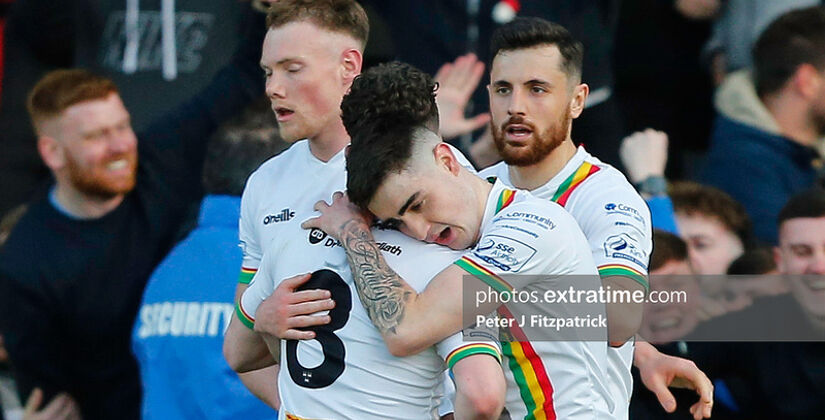 Two teams who are involved in the slow bicycle race for the Europa Conference League places in the Premier Division are set to clash, as Bohemians travel across the Liffey tonight to face St Patrick’s Athletic (kick-off 7.45pm).

Tim Clancy’s side have endured a poor recent run of form with just one win in their last five league games.

Their latest league game was a disappointing 2-1 defeat to Shelbourne at Richmond Park last Friday.

Considering their poor recent league form and their three point advantage on Bohemians who have a game in hand, the pressure is on the Saints to perform at Richmond Park in front of their own supporters, who will be hoping a good result could spark a run to secure one of the automatic European spots.

Their next two games after tonight are against Dundalk and Shamrock Rovers so a result against the Gypsies is vital for the Inchicore side.

In injury news, there is a chance that James Abankwah may be fit enough to feature tonight, while Chris Forrester is expected to play despite picking up an injury against Shels.

Keith Long faces into this game with a team that should be full of confidence after their victory over Sligo Rovers last Friday, which saw then leapfrog the Bit O' Red into fifth place.

Sligo looked like a tough fixture after Bohs had suffered a comprehensive defeat to Dundalk in the weekend previous.

However, they seemed to have got that dispiriting performance out of their system as they particularly impressed in the second half of their 2-1 victory at Dalymount.

The club have no European football to look forward to this season but a win today will put them on the same points as their opponents, who are currently fourth place in the league.

Bohemians did have to contend with a number of injuries during the Sligo game with Kris Twardek and Sam Packham having to be replaced in the first-half.

Packham’s replacement Max Murphy was also forced off in the second-half and this was a concern for Bohemians manager Keith Long as he looked ahead to the St Pats game with LOITV after last Friday’s game.

“We have got to dust ourselves down, assess the bodies over the next 48 hours into Sunday. We had Liam Burt who was on the bench tonight who we didn’t risk because he has been managing a groin injury for the last number of weeks.

"He is a very important player for us so we have to try live like monks, do what we can between now and Monday to make sure we are prepared.”

Stephen Mallon scored the only goal when Bohemian beat St Pat's at Dalymount Park in their last league meeting.

Their five meetings last season saw Bohemians win once, one draw and St Pats winning 3 of the fixtures.

The stand out game from last season was obviously the FAI Cup final which the Saints won on penalties when the game ended 1-1 after extra-time.