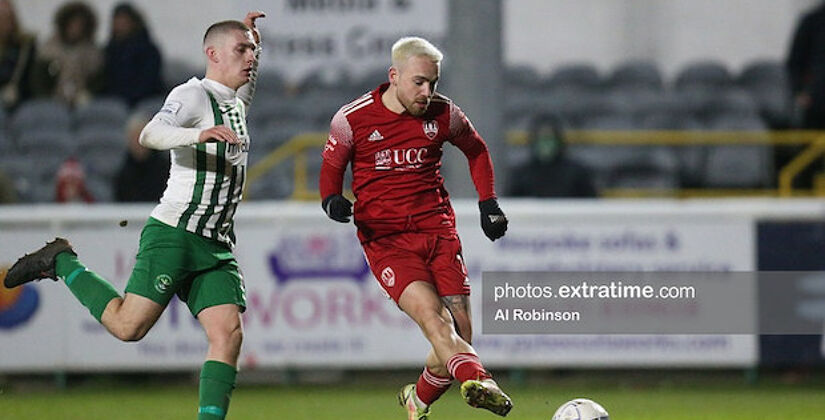 The close season merger of Cabinteely and Bray Wanderers should have heralded a bright future for the new entity with a top four finish and being in contention for one of the promotion spots the minimum expectation for the 2022 season.

The reality for the new Bray Wanderers club has turned out to be very different however, as they have amassed only 18 points from 20 games and languish in seventh place in the First Division table. They are well clear of the two basement clubs but are also a full six points behind the sixth placed team Treaty United.

The Seagulls’ season got off to the worst possible start, a 6-0 home thrashing at the hands of Cork City, their opponents this Friday night.

Bray have won only three games all year with only one of those at home. That was a 3-0 home victory against bottom club Athlone Town at the end of May.

They almost added a second home win at the Carlisle Grounds last weekend when 2-0 up with 70 mins elapsed, only to concede two late goals to share the points with Wexford. To compound their bad luck, the equalising goal for the visitors came from an own goal off Karl Manahan in the 90th minute; Manahan having only being introduced as a sub by manager Pat Devlin in the last minute of the match.

Friday’s game against high flying Cork City will be one of their toughest this season and they will do well to take anything from the match.

Their next three games are against teams clustered together in the lower half of the table (Athlone Town, Treaty and Cobh Ramblers) and they probably offer a more realistic opportunity of picking up the points they need to at least get back to a mid-table position.

The Leesiders started out the season as one of the favourites to gain promotion to the Premier Division and they have managed those expectations in an admiral fashion so far, sitting proudly on top of the league table after 19 games.

They have alternated between first and second position all year with their closest rivals Galway United but after last weekend’s set of results they have now stretched their lead at the top to four points, the biggest margin between the two all season.

They have also only lost once all season, at home to Galway United back in late February, and are the one team all others fear playing, especially because of their phenomenal scoring record.

Colin Healy’s side have averaged 2.2 goals per game this season, 42 goals in 19 games, but even more impressive is the spread of scorers in their team.

While ex-Galway United player Ruairi Higgins is their leading scorer with seven goals, a total of ten players have contributed to their goal tally this season.

To add even more to their attacking firepower, City have just this week signed Louis Britton from Waterford, a forward who has already scored ten goals in 18 games for their Munster rivals.

English-born Britton was on loan to Waterford from his parent club Bristol City and when his contract with the EFL Championship side expired in June he was snapped up by the Leeside club.

Speaking at his pre-match press conference in Bishopstown, City boss Colin Healy said: “Bray Wanderers are a good side. It showed down in Turner’s Cross the last time we played them, they made it very difficult for us. I’m expecting tomorrow’s game to be another tough one for us. Whatever team we pick, our players need to be ready for it.

“It’s important that we start well. We have pace in higher areas and we’ve got good players throughout the squad. We want to start well and then go on to hopefully pick up another three points, and keep pushing on.”

On the injury front, Healy will be boosted by the returns of recent injury worries, who had missed out on the last few games due to injury. Gordon Walker is back training, while Alex Byrne will be back running on grass shortly.

The results between the sides this season have been somewhat unpredictable. The 6-0 away win for City on the opening day of the season in February set the tone for the league leaders for the rest of the season.

Dylan McGlade scored a hat trick and goals from Barry Coffey (2) and Ruairi Higgins set them on their way at the Carlisle Grounds, however the reverse fixture at Turner’s Cross in April saw the Seagulls gain a very creditable away point in a 0-0 draw.