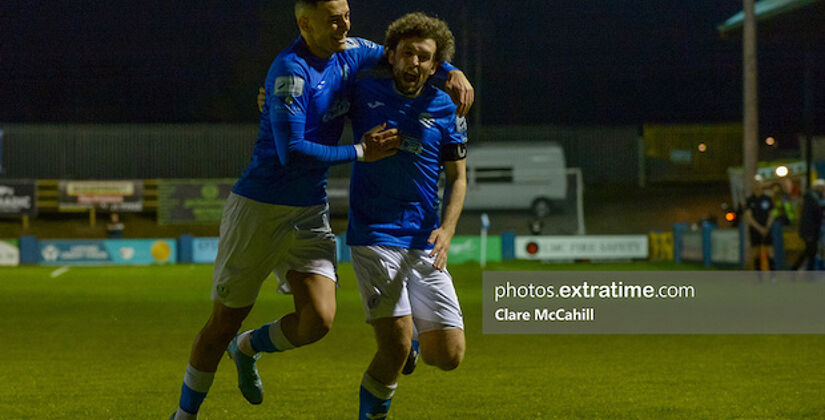 Finn Harps bagged their first home win of the season at the seventh attempt as a late Barry McNamee goal was enough to overcome Shelbourne at Finn Park.

After a goalless 85 plus minutes with little opportunities to write home about, the former Derry City man popped up with the winner to put his side within two points of Damien Duff's Shelbourne who sit eighth.

Still in search of Harps’ first home win of the campaign prior to kick-off, Ollie Horgan made three changes to the side that lost their last outing, with Jesse Devers, Mark Timlin and Yoyo Mahdy back in the starting lineup.

Damien Duff followed suit with three changes of his own after his side also lost in matchday 12. Jad Hakiki, Adam Thomas and Kameron Ledwidge started as Shels chased their fourth away win of the season.

Finn Harps ran out 3-0 winners when these sides met at Tolka Park back in March. This encounter gave off the impression early on that it wouldn't follow the same scoreline.

The visitors had the better of the opportunities inside the opening 20 minutes as Jack Moylan and Aodh Dervin shot clear of the target while John Ross Wilson went closest but couldn't convert a Shane Farrell cross.

At the opposite end of the pitch, and as the game approached the half hour point, Filip Mihaljevic had an opportunity thwarted by Luke Byrne and Jesse Devers fired over from a decent position.

The hosts ended the first half with a bit more about them but they couldn't trouble Brendan Clarke in the Reds goal.

The second half started with a bit more pace to it but the shot stoppers still remained unchallenged as the minutes ticked away.

Five minutes after the hour, the ball was in the back of the Shelbourne net, fortunately for the visitors the goal didn't stand. Mark Timlin's free kick from the right was lofted in to the back post and after a mini scramble, Yoyo Mahdy poked the ball home from point blank range but the referee spotted an infringement in the build-up.

The minutes that followed was end-to-end as that ruled out goal lifted the spirits of the home side.

As the time ticked away minute by minute, the likely outcome looked to be a share of the spoils as the hosts were dealt an injury blow with Elie Nzeyi stretchered off late in proceedings.

Conor Tourish made a vital clearance with a little under five minutes to go and just a few minutes later Finn Harps snatched all three points.

Shelbourne failed to clear their lines and Luke Rudden left the ball for McNamee on the edge of the area, with the midfielder calmly slotting the ball into bottom right corner beyond the grasp of Clarke.

The late goal gave Shelbourne little time to fight back and Harps held on to inflict a second away defeat of the season for the visitors.