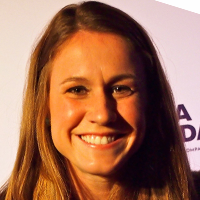 Heather Ann O'Reilly is an American professional soccer player who plays as a midfielder for Irish club Shelbourne in the Women's National League. She played for the United States women's national soccer team (USWNT), with whom she won three Olympic gold medals and a FIFA Women's World Cup. From 2003 to 2006, she played college soccer for the University of North Carolina at Chapel Hill. During her club career, O'Reilly played for the New Jersey Wildcats (USL W-League), Sky Blue FC (WPS), Boston Breakers (WPSL Elite and NWSL), FC Kansas City (NWSL), Arsenal Ladies (FA WSL), and the North Carolina Courage (NWSL).

Upon her initial retirement from international play in September 2016, she is one of the world's most capped soccer players with over 230 international appearances to her name. She is a skilled flank player, currently tied for fifth with Julie Foudy in USWNT history for assists. She is also the eighth most capped player in USWNT history. On October 27, 2019, she played her final match for the North Carolina Courage before retiring, winning the 2019 NWSL championship.

She is currently an analyst for Fox Sports. O'Reilly announced on July 28, 2022, that she would be coming out of retirement to play for Women's National League side Shelbourne and take part in their upcoming Women's Champions League campaign.