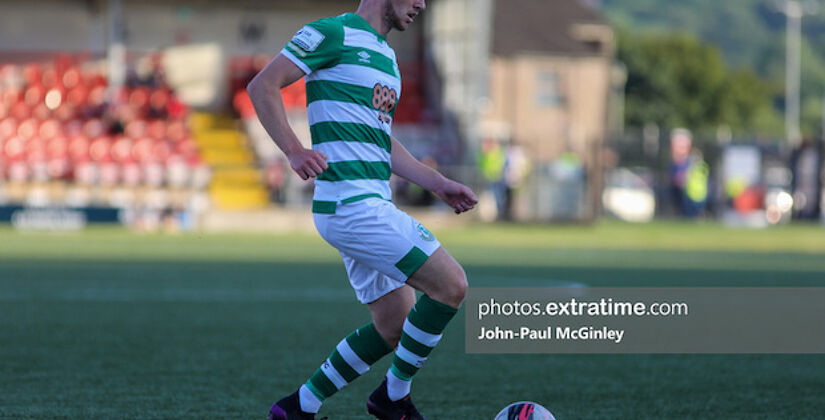 The Hoops welcome Albanian champions Teuta to Tallaght on Thursday night for their third qualifying round fixture in the inaugural UEFA Europa Conference League.

1,350 spectators will be in attendance at this home leg for Rovers.

The Hoops enter this competition following their elimination in the Champions League qualifiers last month at the hands of Slovan Bratislava 3-2 on aggregate. The Hoops lost 2-0 away from home in the first leg and won the second 2-1 at home. Rovers got a bye in the second round before being drawn against Teatu.

Stephen Bradley’s side come into the tie on the back of four straight victories in all competitions including a 3-1 win over Saint Patrick’s Athletic last Friday night which moved his team three points clear at top of the Premier Division.

“We're delighted,” said the Hoops Head Coach about the win over the Saints. “It's an important three points, it takes us into Europe, and I thought the players were excellent on the night. I thought we were quite comfortable throughout the game, and we played really well.

“Once the game settled and we opened them up and went and scored we looked very, very dangerous every time we attacked. We were delighted to score the three goals and on the night it possibly could have been two or three more because we created some really good chances."

Last Tuesday Bohemians had an excellent 2-1 home win over PAOK and the Hoops will want a similar positive result in their first leg on Thursday against an Albanian side that Bradley describes as dangerous.

"We've learned that they're a very dangerous team going forward. We've watched a lot of their games; the players have seen a lot of them now and we know that they're dangerous. They have some really good technical players in the attacking part of the pitch.

"A lot of movement, a lot of rotations and some high-quality players. So, we know a lot about them, we know it's going to be difficult tie but it's one we're really looking forward to and we're ready for.

"The players are playing with a lot of confidence, and we'll obviously look to take that into Thursday night. Again, we understand at this level of Europe it's a very difficult game, that's what we expect but we couldn't be facing into it at a better time.

"We're in really good form and it's a game that we're really looking forward to. It excites us, and we've got to try and make Thursday another special European night in Tallaght."

The two time Albanian champions Teuta know that if they can overcome the League of Ireland champions in the third qualifying round, they will face either Omonoia from Cyprus or Flora Tallinn from Estonia in the play-off round.

Those two teams are playing in the champions side of the UEFA Europa League third qualifying round and the loser of that tie will drop into the Conference League play-off as the seeded team to play either Rovers or Teuta. The losers exit Europe.

Teuta are the current Albanian champions – just the second time they have won the title (1993/94 being the previous occasion).

They won the league last year on goal difference in an exciting end to the season when, in the final game of the campaign, any of four teams could have claimed the title. They also won the Albanian Cup in 2020.

Their entry into the Europa Conference League came after initially being eliminated, similar to Shamrock Rovers, in the first round of the Champions League qualifiers. They lost 5-0 on aggregate to Moldovan champions Sheriff Tiraspol.

They staged a remarkable comeback in last week’s Europa Conference League second round tie against Inter Escaldes in Andorra.

Teuta came into the game trailing 2-0 from the home leg but striker Sebino Plaku scored on 20 minutes and he drew his side level on aggregate with a goal ten minutes from time.

That forced the game into extra-time in the match played in the national stadium in Andorra la Vella. A penalty converted in injury time of the first half of extra-time from Sherif Kallaku secured the win for the Albanian champions.

Head Coach Edi Martini is missing two players from his squad as Lorenzo Vila picked up an injury in the Champions League defeat against Sheriff and Albano Alexi is suspended having picked up a second yellow card against Escaldes in the last round.

The Albanian Superliga doesn’t start till the end of this month so Teuta’s only games so far this season have been theirfour European matches.

MATCH STATS
Graham Burke’s goal in last month’s Champions League qualifier against Slovan Bratislava made the 28-year-old player the Shamrock Rovers record goal scorer in Europe. That was his fifth goal in European action for the Hoops. He has got eight goals for Rovers in the league plus one in Europe – five of his nine goals this season have come from the penalty spot.

Only once before has a League of Ireland side faced Albanian opposition in European action. Sligo Rovers took on KF Vllaznia Shkoder in 2009 losing 3-2 on aggregate (the Bit O’Red lost the first leg at home 2-1 and drew 1-1 away from home).