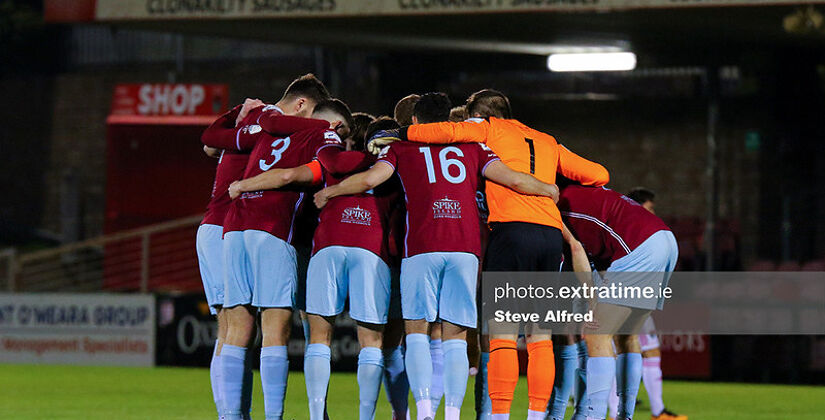 After last week’s 2-1 away win against UCD, Cobh will be looking to secure all three points against Treaty United at St Colman’s Park later this evening (kick off 7:00pm).

Jake Hegarty scored his third goal in three games at the Belfield Bowl last week, to give the Rams their second away league win in 2021.

The Ramblers sit in ninth place going into tonight’s game and a win would see them leapfrog Cork City and move into eighth place.

Cobh manager Stuart Ashton is very pleased with his side’s form in the run up to the Munster Derby.

“To come away with three points from UCD was brilliant,” he said, “Our organisation at 2-0 up was excellent. They only had one shot on the target, and we felt the penalty was a bit harsh at the time, but we take that. Keeping the goals down has been key, not just the back five but as a team. Hopefully we can continue that against Treaty.”

Ashton also took a minute to praise the visitors to St Coleman’s Park: “Tommy and the lads there have done brilliant. He has his team set up to be competitive as we found out in the first game. We know what to expect.

“They’re growing in confidence since starting off in the league and they’re rightly where they are in the table. We’ve done our homework and we showed last week that we’re a match for anyone in this league.

“We’re delighted to have some of the supporters back. Hopefully we can put in performance for their first game back.”

Pierce Phillips and Stephen O’Leary have returned to full-fitness for the Rams. Attacker Ciaran Griffin is also back. Caelin Rooney continues his recovery while John Kavanagh and Regix Madika are still coming back from long term injuries. Defender Cian Murphy will be assessed before kick-off having missed last weekend.

Three points for the Shannonsiders this evening would see them leapfrog UCD and go second in the First Division table.

This is a massive carrot for Tommy Barrett’s side as they look to cement a play-off spot at the midway point of the season.

Treaty will be travelling to East Cork boosted by last week’s 2-1 victory over Wexford, which was their first away win in 2021.

Tommy Barrett’s side will also be looking to keep up their fine form in front of goal, which has seen the club score in every game bar one this season.

“Cobh is a massive game for us,” Barrett told Live95 this week.

“They are a very good side on the back of two very good results. They are going to be extra up for this game and to turn us over.”

“One of the most pleasing things about this team is the mentality of this side. They have been excellent all along and we are looking for more of that.”

Treaty will be without Dean George, Aaron Fitzgerald, Conor Melody, Mark Walsh, and Sean McSweeney for the trip to East Cork. Clyde O’Connell is also looking doubtful for the Shannonsiders.

The two teams met at the Market Fields last match with Darryl Walsh and Charlie Flemming scoring in a 1-1 draw.

Treaty have an undefeated record in Munster Derbies in 2021, as they beat Cork City at home last April.