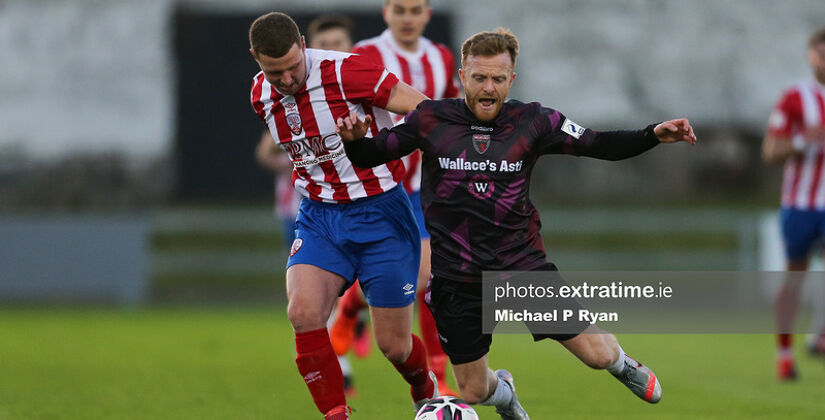 Wexford will be looking to build on their first win of the season when they host Treaty United at Ferrycarrig Park on Friday night(kick-off 7.45pm).

Having lost their first nine games of the season, Wexford managed to beat Cabinteely 2-0 at Stradbrook in what was Ian Ryan’s second game in charge of the side.

Kyle Robinson and Jack Doherty scored the two goals to give the side the victory, doubling the team’s goal tally for the season so far in the process.

It remains to be seen if the club have turned a corner and Treaty United will be another stern test for Wexford on Friday night.

With just three points to their name they have some distance to go to lift themselves off the bottom of the table, but a win this week could take them to within two points off Cobh Ramblers.

In team news, Ian Ryan has a fully fit squad to choose from, although Paul Fox will be absent due to suspension having been sent off during the game against Cabinteely two weeks ago.

Alex O’Hanlon and Luke Turner have both finished their loan spells with the club and they have returned to Shelbourne and Aberdeen respectively.

Tom Murphy and Dan Tobin have also departed the club this week.

United claimed their first ever victory in the League of Ireland when they faced Wexford earlier this season.

A single goal from Anthony O’Donnell in the first half gave the Limerick side that historic victory on the day.

A late goal from William Armshaw and an 87th minute own goal were enough to give Treaty a victory going into the break.

Treaty currently sit in third place in the First Division and they could go level on points with second place UCD with a win on Friday night against Wexford.

United will be without Clyde O’Connell, Aaron Fitzgerald and Conor Melody who are all sideline with injury for this fixture.

Wexford have lost nine of their ten First Division games so far this season, they won their most recent fixture against Cabinteely.

Ian Ryan’s side have scored just four goals this season so far.

Treaty could move into third place with a win over Wexford on Friday.