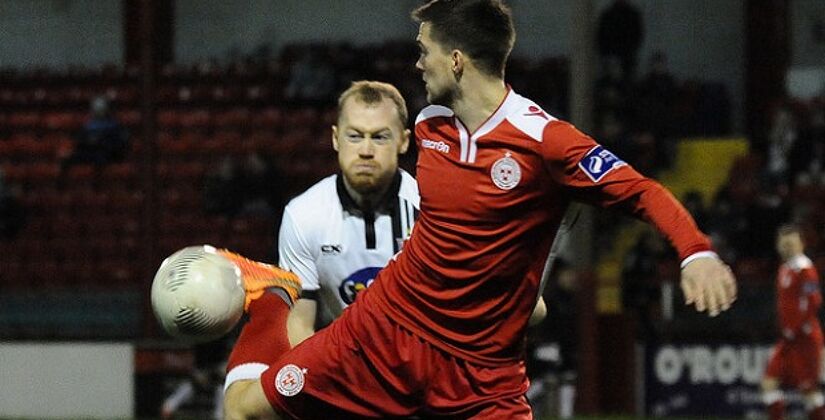 Shelbourne will be looking for their maiden win of the season this Friday night when they welcome Cabinteely to Tolka Park.

The Reds haven’t had a game since the opening night after last week’s fixture away to Athlone Town was postponed at the last minute due to floodlight failure.

Kevin Doherty’s men opened with a 1-0 nil home defeat to Cobh Ramblers thanks to an Evan Galvin strike so they will certainly be looking to get their season up and running with three points a must.

They will also be looking for their first competitive goals of the season as they failed to score in their Leinster Senior Cup game against Dundalk in a 2-0 defeat last month.

Doherty will have a full squad to choose from with no suspensions or injuries reported.

Cabinteely have had a mixed start to the 2016 season after a fantastic 2-1 victory over Athlone Town at Stradbrook was followed up by a narrow 2-1 defeat away to UCD on match day 2.

Eddie Gormley named identical lineups for those two games but will be forced to make a change this week following Oscar Brennan’s red card against UCD which rules him out through suspension.

Cabinteely’s 2015 Player of the Year Victor Ekanem remains on the sidelines for the foreseeable future as he continues his recovery from a ruptured Achilles tendon.

Shelbourne vs Cabinteely proved to be an intriguing fixture last season with Shelbourne narrowly defeating Gormley’s men 1-0 on three occasions while the final game between the pairing finished 0-0.

That 0-0 draw essentially ended The Red’s play-off hopes last season so Doherty’s men may be looking to exact a little bit of revenge over Eddie Gormley’s men but will be fully aware of the difficult task Cabinteely pose.

This will be the first of two meetings between the sides in a matter of days as Cabinteely will make the swift return to Tolka Park on Monday next (21st March) in the first round of the EA Sports Cup.

Love of League of Ireland football began when the once-mighty Sporting Fingal FC came to be in 2008 and started playing their games not too far from where I grew up.