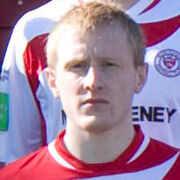 Derek joined the under-age set up at St Patrick's Athletic from Templeogue United in 2002. In 2006 he was elevated to Paul Osam's U21 squad and began to receive international recognition at U17 and U18 levels.

In February 2008 Derek went on loan to Bray Wanderers, a move that was made permanent in July. He made his league debut in a 1-0 home win over Finn Harps on 4 April '08 and went on to make 23 league appearances that season, adding 25 more in 2009.

In January 2010 Paul Cook signed Derek for Sligo Rovers and he made his league bow for the Bit O' Red in a 2-2 draw away to Drogheda United on 2 April 2010. In his two years at the Showgrounds Derek was used as cover for central defensive duo Gavin Peers and Jason McGuinness and made a total of 20 league appearances, scoring once in a 4-0 win over UCD in August 2010.

In January 2012 Derek signed for Sean McCaffrey at Dundalk. In a difficult season for the Lilywhites Derek made 23 league appearances in a beleagured defence. Dundalk finished bottom of eleven teams, only avoiding relegation thanks to the earlier withdrawal of Monaghan United. At the end of the season Derek announced he would not be rejoining Dundalk for 2013 and shortly afterwards he signed for Trevor Croly at Shamrock Rovers.

Derek made his debut for the Hoops away to Coleraine in a Setanta Cup game on 18 February 2013 and he went on to win a Setanta Cup winner's medal when Rovers beat Drogheda United in the final a few months later. He also made 26 League appearances and was on the bench when The club lifted the Leinster Senior Cup by beating St Pats in the final in late October. In January 2014 Derek crossed the M50 to sign for the reigning league champions, St Patrick's Athletic.

Derek went on to make 11 league appearances for St Pats over the course of the 2014 season, as they finished third in the Premier Division and he was also on the bench for the FAI Cup Final which St Pats won 2-0 against Derry City. At the end of the 2014 season Derek left the league to pursue a career in America where he joined the Californian side Sacramento Republic. After two years abroad Derek returned to Ireland in 2016 and in January of 2017 he signed for a second spell at Bray Wanderers. 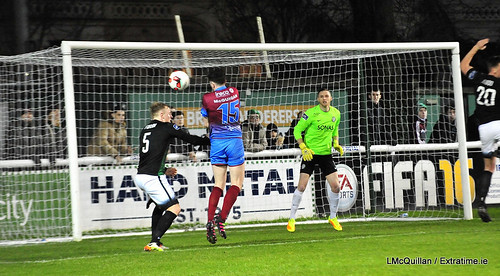 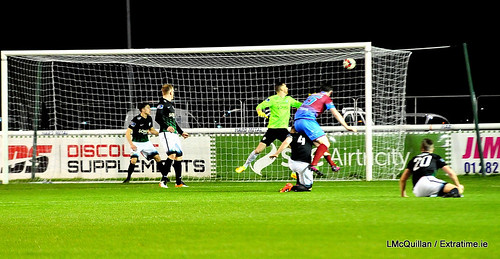