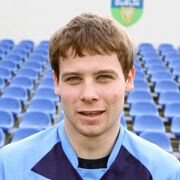 Ciaran is a left back who made his league debut for UCD on the opening day of the 2009 season in a 2-1 win over Limerick FC at Belfield. He went on to win the First Division title with club that season and to make a further 79 league appearances in the club's three subsequent Premier Division campaigns. At the end of 2012, with UCD having again assured their survival in the top tier, Ciaran left the club to sign for Aaron Callaghan at Bohemians.

Ciaran played 11 games under Aaron Callaghan at Bohemians but he was left out of the squad by new Bohs boss Owen Heary. He did not re-sign for Bohemians for the 2014 season.

Ciaran played for Crumlin United during the 2015/16 season before moving to Bluebell United for the 2016/17 LSL campaign.