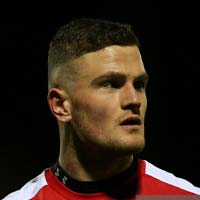 Colin played underage football in his native Cavan before joining the youth system at Celtic in August 2012. He went on loan at Stenhousemuir in February 2016 where he played until the end of the 2015/16 season. He returned to Stenhousemuir on a season-long loan for 2016/17 by which time he had made 27 senior appearances for the club.

In August 2017 Colin left Parkhead to return to Ireland where he signed for Keith Long at Bohemians.

In November 2017, Colin re-signed with Bohs.