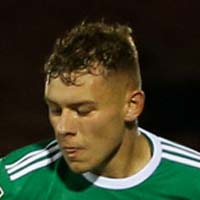 Beineon joined Cork City's U17 team in July of 2016 but a year later, in the summer of 2017, he switched to the U17 side at nearby Cobh Ramblers. He announced himself at Ramblers with a volleyed goal against Limerick's U17s on 8 July and followed that up with a further five goals in his next two U17 games. He also made his senior debut as a substitute, in a 4-0 defeat away to Waterford FC on 21 July.

A year later, in August 2018 Beineon left Cobh to return to Cork City where he joined up with their U19 squad. The following season, 2019, he began to appear for City's senior side and in 2020 he bagged his first senior goals, scoring against Midleton in the Munster Senior Cup and registering his first league goal in a 1-1 draw with Derry City in November 2020.

In 2021 Beineon scored five league and Cup goals for Cork City but he left at the end of the season, in December 2021, to rejoin Cobh Ramblers.