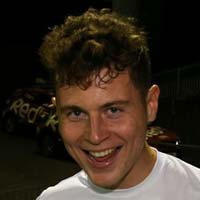 Edward played underage football in Scotland with Celtic and Hibernian before joining Sligo Rovers U19s in 2016. He remained with the U19s in 2017 and was also involved with the senior team during pre-season of 2017.

Edward signed back with Sligo for two more years in November 2020.