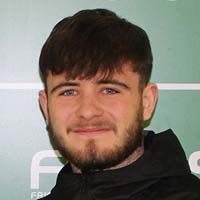 Dale joined Cork City's U17 team in July of 2016 and also played with them in 2017. In 2018 he joined the club's U19 squad and also made his league debut for John Caulfield's senior side that year, as a substitute against Limerick at Turner's Cross on 12 October.

Dale wore City colours until January 2022 when he signed for Cobh ramblers.