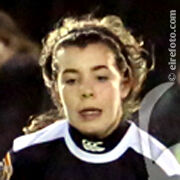 Sophie played for Shelbourne in her youth and stepped up to the u18 squad for the 2015 FAI Cup, where she netted the winner to see the side cause a huge upset and progress past Cork City. She was then signed for the newly formed Shelbourne Ladies FC squad ahead of the 2015/16 season.