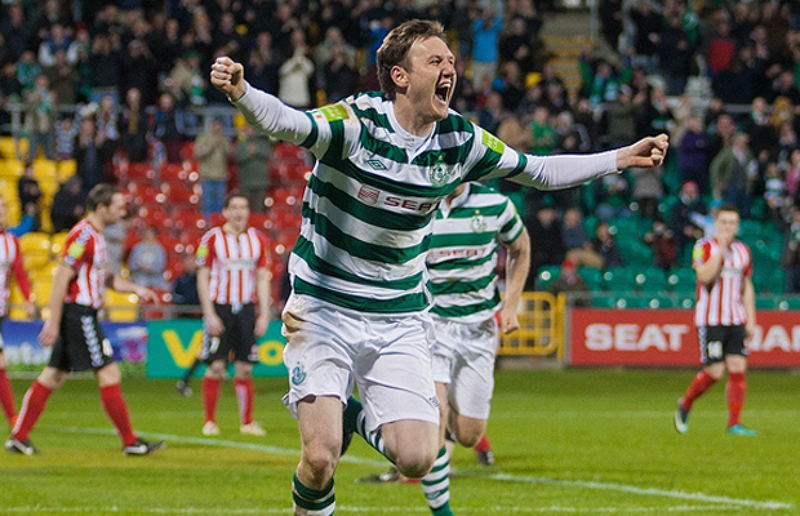 After 165 games and 436 goals in the Airtricity League Premier Division, Shamrock Rovers Gary Twigg tops the goalscoring charts with 22 goals, eight clear of Sligo Rovers Danny North in 2nd place. Bray Wanderers striker Jason Byrne, who was top marksman in 2003, 2004, 2005 and 2006, finished the season in 3rd with 13 goals.

Of the 436 goals, seven of them came by way of own goals.  Despite finishing in 4th place, Shamrock Rovers were the highest goal scorers with 56, followed by Sligo Rovers (53), Drogheda United (51) and St. Patrick's Athletic (44). As would be expected, the team in last place, Dundalk, scored the least (23).

St. Pats conceded the least goals in the league campaign, seeing only 22 goals scored against them in 30 games, one goal less than Sligo Rovers on 23.

Twigg also tops the charts for most goals in the first ten minutes and last ten minutes, rounding off an impressive scoring season for the Scottish striker.

Win a copy of FIFA 13 with Extratime.ie and EA Sports

Any queries can be emailed to [email protected]