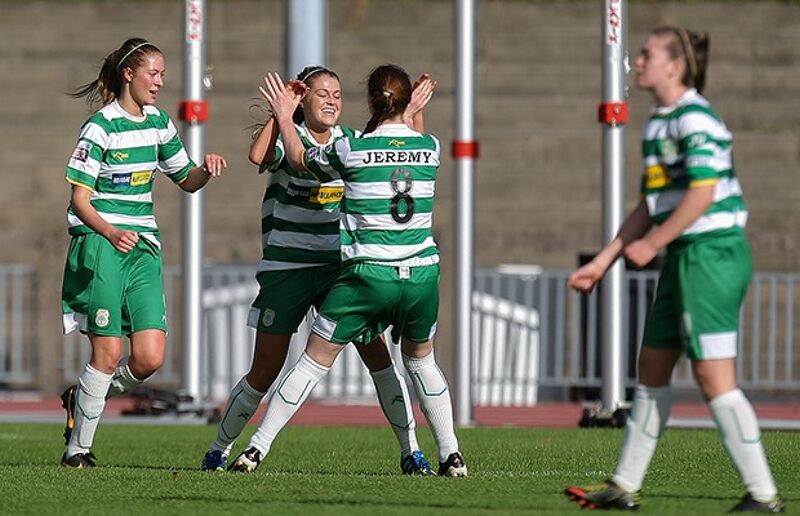 The FAI have today announced that Castlebar Celtic have withdrawn from the 2015-16 Women’s National League with immediate effect.

The Mayo side have enjoyed great success in recent year, having in 2013 made it all the way to the FAI Cup final before losing to Raheny United after extra time in the first Women’s Cup final to be played at the Aviva Stadium.

In 2012 and 2013 the north-west side finished runner-ups in the Women’s National League Cup, losing to Peamount United and Wexford Youths WFC respectively.

In recent seasons, with the loss of players such as Ireland internationals Sarah Rowe, Emma Hansberry and underage star Jess Nolan, the Mayo side have struggled to fulfil fixtures.

In January they were forced to play with ten players against Wexford Youths in a re-arranged fixture.

Speaking after the announcement the FAI’s Director of Competitions Fran Gavin spoke of his disappointment with the decision after they recently met with the club about the league's future.

“We are very disappointed with the club’s decision, especially considering that we recently met with the club regarding their future in the League,” said Gavin.

“Castlebar’s decision is very disappointing for a number of reasons, particularly when the FAI gave them as much support as possible and the current season is showcasing just how strong the domestic game has become for women’s football with four teams currently in the mix to win the title.

“Huge strides have been made in the development of the League – on and off the pitch – and the results can be seen in more international players than ever before representing the Republic of Ireland at various age levels and the improved standard of play.

“We will continue to push forward with plans to further enhance the League – along with our terrific sponsors Continental Tyres – and hope that each of our clubs continue to show the same level of commitment.”

With the League now been reduced to seven teams, Gavin revealed that they have received interest from another team in the north-west and that their application will be considered by the League Committee.

“We have received a strong application from another team in the north west with regard to joining the League next season. That application will be considered by the League Committee in due course.”

Speaking after the announcement, Castlebar Celtic Secretary Michael O’Dwyer revealed “it wasn’t an easy decision to make” especially after the initial work done by Jeremy Dee before he tragically passed away in 2012. However, O’Dwyer is proud of the club's participation in the Women’s National League since its introduction in 2011.

“Initially we have some very good seasons in the League when we first joined, which was under Jeremy Dee and he was the real driving force behind our women’s team,” said O’Dwyer.

“Unfortunately, Jeremy passed away in tragic circumstances. But we have had some great days, particularly the Cup Final at the Aviva Stadium against Raheny United – that was a real highlight for us.

“Some of those games will be forever in our memory and will be part of the history of the club. Unfortunately, we just couldn’t keep it going and had to make the difficult decision.”

Following today’s announcement the FAI has also announced that Castlebar’s 2015-16 results have now been expunged with Wexford Youths, Shelbourne Ladies, Cork City Women all losing the six points they received from the Mayo side. Galway WFC and Peamount United lose the three points they gained from their respective home victories against Castlebar.