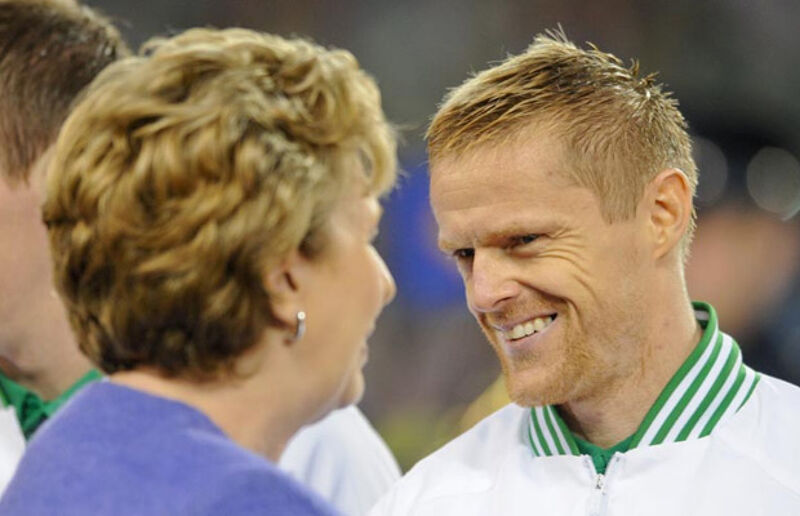 Shamrock Rovers have completed the signing of former Ireland international Damien Duff until the end of the 2016 season.

The former Blackburn Rovers, Chelsea, Newcastle United and Fulham winger joins on an 18-month contract having last been contracted to A-League side Melbourne City until the conclusion of the Australian season in May.

36-year-old Duff is one of Ireland's most decorated players at club level, having won the English Premier League title twice while at Chelsea and reached the final of the Europa League in 2009-10 with Fulham.

At international level, Duff appeared in both a World Cup and European Championship finals during a glittering career that saw him become one of just six players to reach the landmark of 100 caps before retiring from representative football following Euro 2012.

Duff, who grew up just five kilometres from Tallaght Stadium in Ballyboden, had previously expressed a desire to play League of Ireland football before he retired, and had been in talks with both Rovers and Dublin rivals St Patrick's Athletic before putting pen to paper with the Hoops.

It's understood that Duff's signing has been provided for in part by Rovers' sponsors Pepper Ireland and Hyundai Ireland.

“I am very excited to have signed for the club,” Duff said. “It’s great to have it all finalised and now I’m just really looking forward to getting back on the pitch. I am still out with a bit of an injury, but I should be ready to get back training fully before the end of the month. After that I will be very keen to get back playing regularly.

“I am as excited about this move as I have been about any in my career, be that Newcastle, Chelsea or any other.

“I left Ireland 20 years ago to go and make a career as a footballer and so now it’s great to be back. And I am definitely not just here to see out my time as a player; I intend to make a positive contribution to Shamrock Rovers and to the league.”

Duff will not be immediately available as he continues his recovery from calf and ankle injuries which brought a premature end to his time in Melbourne, and is tentatively expected to make his first appearance in Hoops in August.