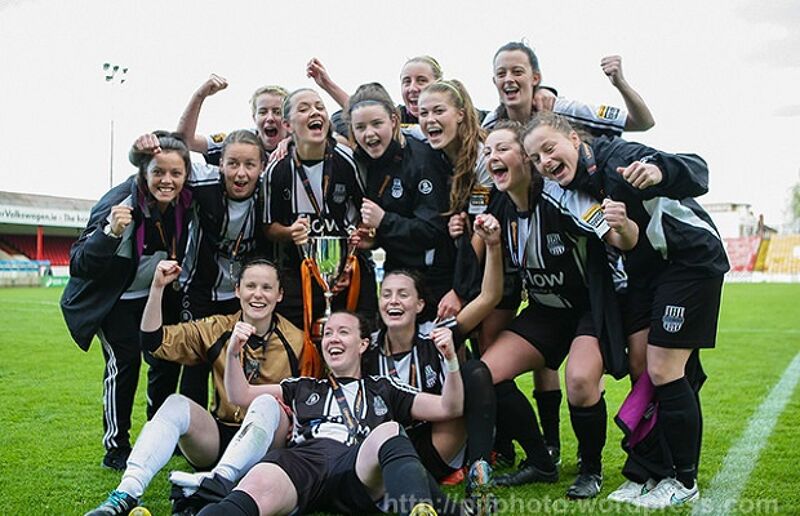 Raheny United and Shelbourne Ladies have announced that they are to merge to form a new club that will compete in the Continental Tyres Women’s National League from the 2015-16 season. The new club will be known as Shelbourne Ladies FC and will also compete at other levels

A spokesman for Raheny United Women’s National League Section said: “Raheny United Women's National League Section has, after very careful consideration and deliberation, agreed a merger with Shelbourne Ladies FC. This decision has been taken after long and protracted discussions over the last two years. Both parties see this merger as a consolidation of the most successful Senior and Junior clubs in women’s football over the last number of seasons. We believe this merger will continue to develop an already extremely successful WNL outfit with some of the best up and coming, young and vibrant, talent in women’s football. This amalgamation of two giants of Irish women’s football will in no doubt be a major force in the future. It is a very exciting venture for all concerned and one we are all looking forward to.”

A spokesman for Shelbourne Ladies FC said:  “We at Shelbourne are delighted with the merger with former National League side Raheny United and we would like to give a warm welcome to all the players and officials making the transition from Raheny to our newly formed club. We have worked closely together over the last two years to develop this merger and in the last 12 months we have supplied players to Raheny’s National League team from our youth section. We can now at Shelbourne offer our young players a completed pathway in which they can develop and progress from underage football right through to the top tier of women’s football in a safe and secure environment where players can happily mature at their own pace. We are currently the biggest girls’ football club in the country with over 150 girls playing and training every week and this merger of two of the biggest clubs in women’s football can only improve standards across the board. We see this as a major development in women’s football in Ireland and there is in no doubt very exciting times ahead for us all.

Fran Gavin, Director of the Continental Tyres Women’s National League, said: “I would like to welcome the merger between Raheny United and Shelbourne Ladies. The amalgamation of one of the country’s top senior women’s clubs with one of the top junior and under-age clubs is a positive development as it will give young players a clear and structured pathway into elite football and ultimately assist the development of women’s football in Ireland.”

Raheny United have been one of the most successful clubs in the Continental Tyres Women’s National League since its formation in 2011 winning two league titles, two FAICups and the League Cup in that time as well as reaching the last 32 of the UEFA Women’s Champions League last season after becoming the first Irish side to win a qualifying round group.

Shelbourne Ladies, who field teams in the Metropolitan Girls League, the Dublin Women’s League and Leinster Leagues, have also been extremely successful in recent years winning leagues and cups at domestic, provincial and national levels at all age groups. The club has also produced large numbers of girls for the Metro League Academy and has a number of international players at each age group.

You can listen to this week’s ET Sportscast here and we also have a BONUS European special out at the moment, which can be listened to here.