Ledwith and Coulter the latest to sign on at The Showgrounds 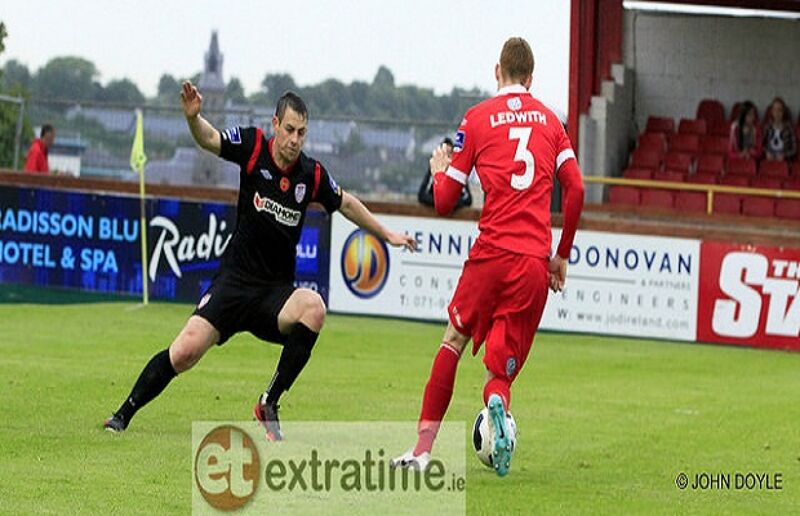 New Sligo Rovers Boss Owen Heary, has continued his preparations for the 2015 SSE Airtricity League Premier Division campaign through the re-signing of left-sided player, Daniel Ledwith and the signing of goalkeeper, Ryan Coulter.

Coulter, who arrives at The Showgrounds from Athlone Town following The Town’s relegation admits that Heary was a huge factor in his move to the Connacht club and insists that he’s really excited about working under the former Bohs Boss.

“As soon as I got the call from Owen it was something I wanted to follow through on and wasn’t going to turn down. I am really looking forward to playing now.

“I think Owen is going to be a great manager for the club. You can see that he has that commitment and hunger and wants success and once you have that its half the battle. I know him well from his time playing and he is a real footballing guy who will be great to play for. He will understand how players feel and be able to relate to them and brings a wealth of experience to the job,” Coulter told sligorovers.com.

25 year-old Coulter is eager to establish himself as the number one goalkeeper at The Showgrounds, while he is also looking forward to a successful spell with The Bit O’Red.

“My main ambition this year will be to establish myself as the number one. It’s a step up for me and I will be trying to continually progress. I will look to do my best and make the keeper’s jersey my own. We will be hoping to have a solid successful season. The goal is to be competitive and to win trophies. And with the players we have brought in I definitely believe we will do that.”

Heary has also elected to re-sign former UCD man Danny Ledwith, after the 23 year-old impressed with his set-piece capabilities at The Showgrounds last season.

Ledwith has revealed that his new manager sees him as more of a left full-back. A role that the ex-hoop is more than happy to play.

“I think this year Owen (Heary) wants me to play more at left-back and get that position nailed down. It’s good to be able to stay in the same position, get a run of games and build consistency. I’m happy to be just on the pitch but it’s nice to nail down a position and make it yours,” Ledwith explained.

Ledwith admitted that he’s also extremely excited about the ambition shown by Heary since his arrival, while he also believes that with the current Sligo squad anything is possible for The Bit O’Red next season.


“I think Owen Heary will be a very good manager and I’m excited about working under him. It’s good to have a young ambitious manager. As soon as I spoke to him you could see that ambition as he doesn’t just want to qualify for Europe he wants to win the league. He knows the league really well and has won everything here. He will be a good person to work under and I’m really excited about it,” Ledwith added.