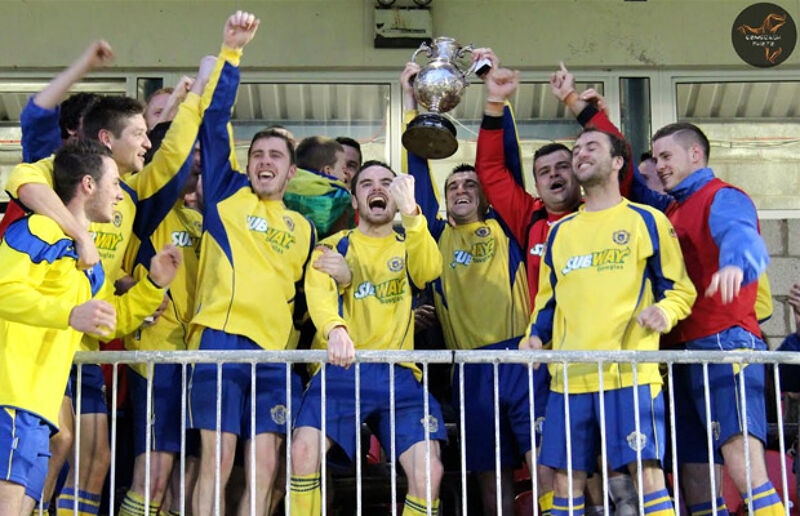 Douglas Hall have won the Munster Senior Cup for the first time by beating Limerick 2-1 in the final, which was played in Turners Cross on Monday night. Goals from Kevin Kelleher and Chris Fox mean the Hall’s supporters go home having witnessing an historic moment for their club.

Both sides started brightly but it was Douglas who took the lead after 23 minutes  when Kelleher converted from the penalty spot, as he sent Shane Cusack in the Limerick goal the wrong way.

Limerick looked for a leveller right away and before the first half ended they had created chances for Coughlan and Rainsford which both went wide.

Limerick did get their equaliser though in the 66th minute. Ross Mann was the scorer as he got on the end of a long ball from the back and went around Kraviec in the Douglas goal to tap the ball into the empty net.

In the  73 minute, Whitehead had a brilliant chance to put Limerick ahead, but he blazed over the bar from just a few yards out.

So it was a fantastic win for Douglas Hall and this is a result which most certainly will  go down well with all associated with the Cork side.

Extratime Man Of The Match: Derek Varian (Douglas Hall) - The former Cork City player was a menace all night long for the Limerick defence. His quick movement and good passing ability caused Limerick problems and he set up the winning goal for Chris Fox.