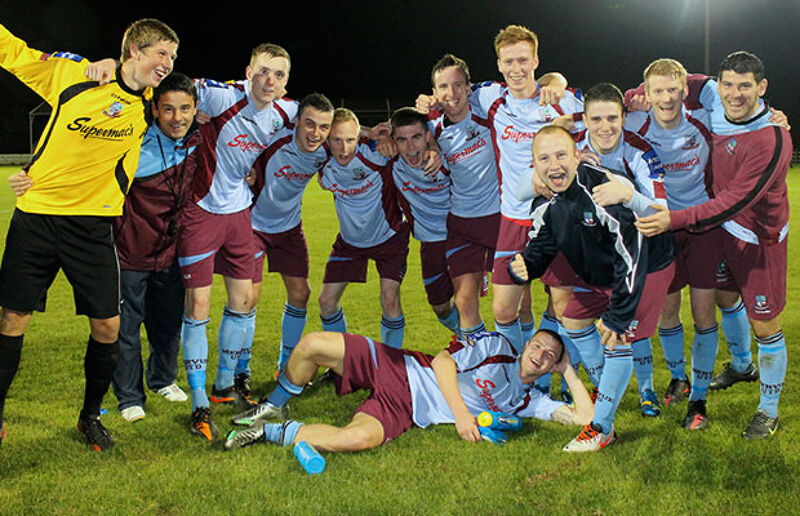 An exciting finish to the final Airtricity First Division league series saw Mervue Utd put four past Wexford Youths on Saturday night at Ferrycarrig Park to claim third spot and a place in the promotion playoffs.

A storming run of six wins from their final six league games has seen Johnny Glynn's side secure a deserved playoff spot with Longford Town. Having to win in Wexford and hope Longford or Waterford failed to do likewise in either of their games, Mervue carried out their part in style hitting the hosts for four.

Two goals from Gary Shanahan and strikes from Stephen Walsh and Tom King ensured the result was never in doubt despite Darragh Walshe's late consolation strike for the home side.

Shane Keegan’s side were probably the better side in the opening half hour as Mervue looked a little nervous in that opening period but they did take their only two first half chances which ultimately decided this game.

Mervue keeper Conor O'Malley raced from his line to deny Shane Clarke on 10 minutes after Daryl Power's ball through the middle released the winger in on goals. Brian Nolan did well on the left before shooting straight at O'Malley from the edge of the box and Darragh Walshe struck the visitors post from a free-kick after 19 minutes.

Mervue though opened the scoring three minutes later as Tom King's ball picked out Gary Shanahan's run through the middle and he coolly lifted the ball over the advancing Graham Doyle for 1-0. Daryl Power almost levelled matters shooting just past the post two minutes later before Mervue doubled their lead just past the half hour mark.

Another quick counter attack ended with Ryan Manning playing in strike partner Stephen Walsh and he showed great composure to slot the ball under the advancing Doyle and into the corner of the net. Eric Molloy almost reduced the deficit back to the minimum on 39 minutes but his effort flew just wrong side of the post after Clarke's cross from the right found him unmarked at the back post.

Mervue looked much more focused in the second period and didn’t sit back as they pushed forward for a third goal with Manning shooting over after making space for himself on 53 minutes. Wexford keeper Doyle then denied Shanahan a third three minutes later with a brilliant flying save, while Darragh Walshe had a goal disallowed for offside at the other end on 63 minutes.

The visitors attacked down the left with Shanahan and Manning exchanging passes before the latter fed Tom King who burst into the box and saw his shot palmed away by Doyle. Keeper Doyle did his best again on 68 minutes when he denied Manning after he strode through on goals but the inform Shanahan was on hand to stroke the loose ball into the net for his second of the game and 3-0.

The home side did net a consolation goal 14 minutes from the end when Mervue failed to clear and Darragh Walshe picked up the ball and finished past O'Malley, the first goal they conceded in six games.

The home side almost snatched a second two minutes from the end but Gary Delaney's header from close range was well saved by O'Malley. But in the end a sixth win on the bounce coupled with Cobh's win over Waterford Utd has set up a playoff clash for Johnny Glynn’s side with Longford Town starting with a first leg game at Fahy's Field next Friday night.

Extratime Man of the Match: Stephen Walsh (Mervue Utd) – Scored one in first half as striker and excellent when switched to centre half for second half.