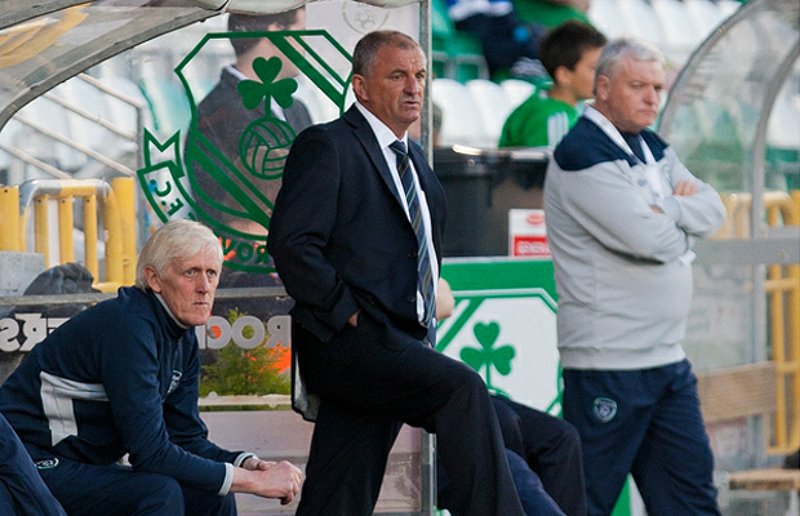 The FAI have confirmed that Noel King has been appointed as caretaker manager of the Irish senior men’s International team, following the recent departure of Giovanni Trapattoni from the managerial role. The decision to appoint Ireland’s current Under 21 head coach as interim manager of the senior team was made at Monday evening’s meeting of the FAI’s Board of Management.

Also at the meeting the FAI confirmed that Ray Houghton and Ruud Dokter will carry out a comprehensive assessment of the market to help progress the appointment process for a permanent manager. Former Ireland international Houghton, who was involved in the last managerial appointment, will be joined by Ruud Dokter, the FAI’s High Performance Director, in carrying out this assessment and report for the Board. Dokter, who replaced Wim Koevermans as High Performance Director earlier this year, will provide support to King during his caretaker role. Ireland’s two final Brazil 2014 qualifiers against Germany and Kazakhstan take place next month. The squad for those games will be named this week.

The FAI stated that these decisions were made “after considering the views of people within the game and taking soundings from its constituent members. It will take the appropriate time to appoint the best person to manage Ireland for the EURO 2016 campaign which starts in September next year.”

Prior to Noel King’s appointment in 2010 as Under 21 coach, the 56 year old managed the Ireland women’s team for over a decade and he also has managerial experience in the League of Ireland with Finn Harps, Limerick, Shamrock Rovers and Derry City. During his time as Under 21 manager he worked with a number of players who have since been promoted to the senior squad. These include players such as James McCarthy, Seamus Coleman, Robbie Brady and Jeff Hendrick.

The FAI also confirmed that Harry McCue, the current U21 Assistant Coach, will take charge of the U21 qualification matches against Romania, which are also taken place in October.