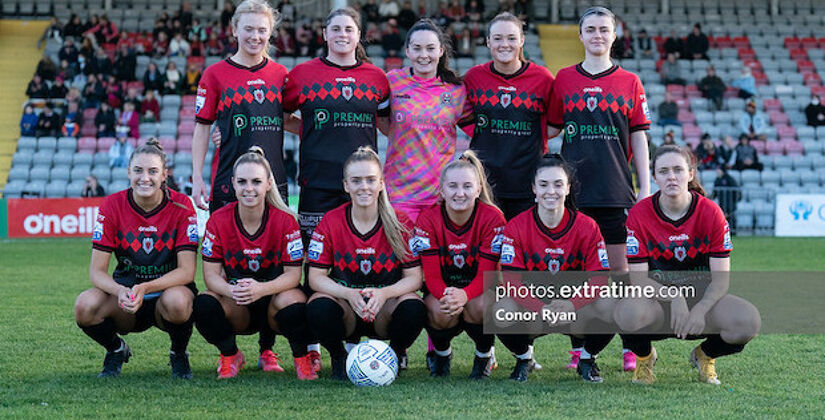 Sean Byrne’s side are in eighth place in the WNL, three points behind DLR Waves currently.

They are precariously close to the bottom of the table after losing their last game to ninth place Cork City.

Bohs had an opportunity to start climbing the league table which they failed to grasp as Cork City claimed their first win of the season at Turner's Cross.

Aoife Cronin and Becky Cassin scored in the second half which was enough for Paul Farrell’s side to pick up the three points, despite Bohemians pulling one goal back through an own goal.

As disappointing as that loss was for the Gypsies they will be hoping that a return to Dalymount for their next two games will trigger a response in front of their fans starting this evening against DLR Waves.

DLR Waves will be looking for a win when they travel to Dalymount this evening to keep pace with the league leaders (kick-off 6pm).

The Waves have had an excellent start to the season with their only loss coming against joint leaders Peamount. If they can secure a result this evening, they can keep the three teams above them, Shelbourne, Peamount and Wexford Youths in their sights.

DLR had their last game against Athlone Town postponed so they haven’t played since their 3-2 loss to Peamount.

Peamount raced into a three goal lead in the first half of that game with goals coming from Erin McLaughlin, Lauren Kelly and Aine O’Groman. However, DLR Waves staged a stirring second half comeback which fell just short despite goals from substitutes Mia Dodd and Oleta Griffin.

Ciara Maher scored for DLR Waves against Bohemians in the 2021 FAI Cup first round but will line up for Bohemians this evening.

The Gypsies will be looking to secure a first home league win of the 2022 season.