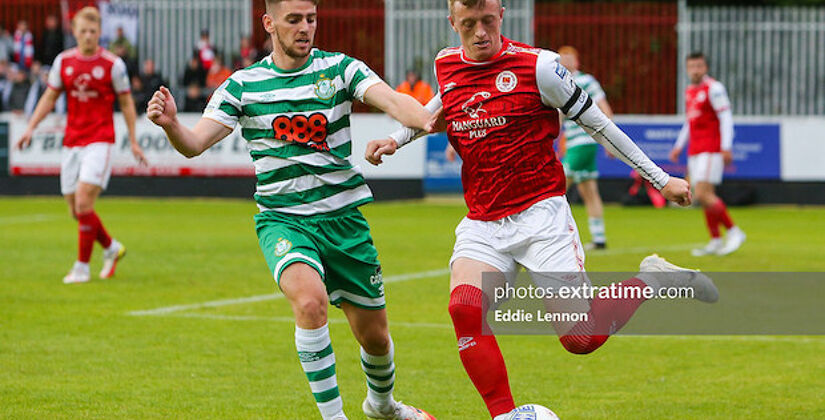 After Monday’s derby defeat to Shamrock Rovers, St. Patrick’s Athletic hope to bounce back against Drogheda United at Richmond Park.

The Saints, who only have one win in their last four games, are looking to regain composure before they go into European action.  Three points would also help Tim Clancy’s side open up a gap with Sligo Rovers, who have a game in hand over the Athletic.

Victory could also see the Saints slip back into the title mix, a position they haven’t held since the opening weeks of the season.  Clancy admitted that Friday’s game is now a must win for his team after a poor run in recent weeks.

"It's a huge game for us after a couple of poor results, we'll be looking to get back to winning ways and put the last couple of results right,” he said.  “Every game in this league is tough and that is what we're expecting from Drogheda.

“We got an early goal up there last time from Darragh (Power) with (Eoin) Doyle adding a great second from Ben McCormack's pass, then Billy (King) and Kyle (Robinson) added more in the second-half.

“We want to be aggressive again in the game, be on the front foot in and out of possession, we're aiming to dominate the game from the start, to create chances and take them and hopefully get three points."

Joe Redmond, who played with Drogehda last season, wants to make sure his team gets a victory.  "Our performances since the break have been good, we just need to be a bit more resilient and try to grind out a win and make sure we defend well,” he said.

“We've given away some sloppy goals in the last couple of games so we'll be trying to put that right on Friday.”

This will be St Pat’s first game without James Abankwah as he makes his move to Udinese.

United will travel to Richmond Park on the back of a five game unbeaten run in the Premier Division.  Last week, they drew 0-0 Sligo Rovers and that preceded a 3-1 victory over Finn Harps at United Park.

This is the third meeting between the two teams in 2022 and St Pats hold a slight edge. After drawing 1-1 in the opening round of fixtures, the Saints won 4-0 in United Park last May.

Drogheda’s last league win in Richmond Park was in July 2012. Peter Hynes  and Gavin Brennan both scored that night in south Dublin.