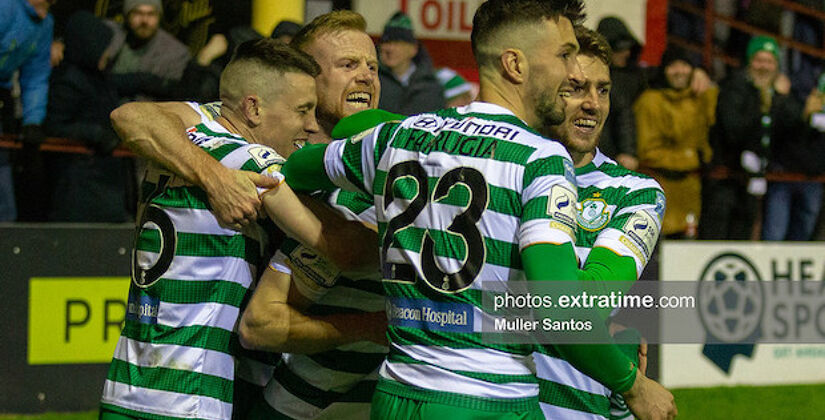 After Monday night's defeat to Drogheda United, Shamrock Rovers will be looking to bounce back in this week's Dublin Derby against Damien Duff's Shelbourne.

Rovers boss Stephen Bradley spoke to his club's media team ahead of the game about the challenge they face in Shelbourne.

“They’re coming into the game on really good form. I’m sure they’ll come and have a right go in Tallaght so we’ve got to make sure that we’re ready for that.

"They showed when we played them in Tolka, in the second half they were right in the game so we’ve got to make sure that we respect that.

"Hopefully, we can get another big crowd in Tallaght to help us get the three points.

The champions are set to be without the suspended Daniel Mandroiu and Jack Byrne is a doubt for the game after picking up a knock against UCD and going off early in Drogheda.

Shels arrive in Tallaght on the back of a four-game winning streak. Monday’s 2-0 victory over UCD means they now sit in sixth just four points off the European places with a game in hand.

The Red's upturn in results can be linked to the form of Sean Boyd and Jack Moylan. The pair have scored three each in their last four outings, easing any early-season relegation fears.

Manager Damien Duff told the club's media in the build-up: “We know we can mix it with the best of them and this run gives us further belief but we won’t be getting carried away. Like always we’ll park it and we move on,

"It’s just another three points at stake but we expect the players to be flying with energy levels at full tilt before the break.

Shelbourne are attempting to win a league game against Rovers at Tallaght Stadium for the first time.

Shels striker Sean Boyd scored his sixth goal of the season on Monday against UCD. This is a career-high beating his previous best of five that was scored in 2016 while at Shamrock Rovers.

Both sides have drawn three games this season - the fewest in the Premier Division.

Trent Alexander-Arnold on losing out on the league: 'Last week was disappointing and it takes a day or two to get over but what better way of getting over that than coming to Paris to an amazing venue and playing in the best competition in the world.'https://t.co/Viv8FvrM7e pic.twitter.com/03PUjVflA2