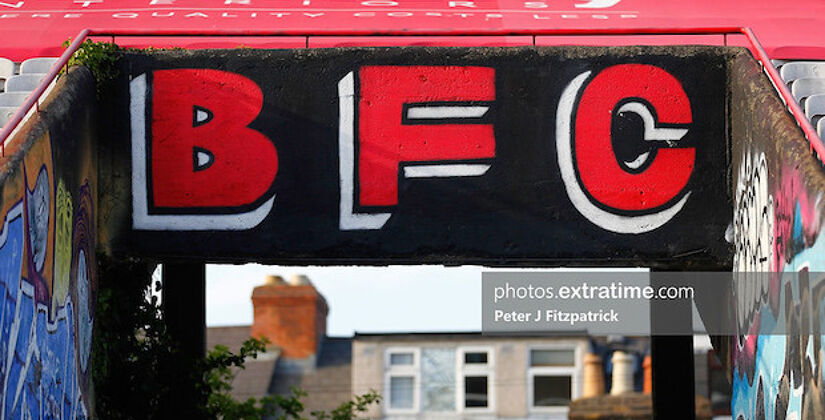 Bohemians did have a very high turnover of players during the close season but nevertheless manager Keith Long will be disappointed with their performance after 16 rounds of games where they have won only four games so far.

Only two of their four wins came at home in Dalymount Park so they will at least need to address that problem if they are to have any hope of reaching the top four and playing in Europe next season.

They did have a very noteworthy 1-1 draw away to second placed Derry City recently but did not follow up on that performance and result when they travelled to Oriel Park for their last match against Dundalk.

Although they took an early lead in that game when Ciaran Kelly scored from a corner, they were eventually reeled in by Dundalk, conceding three goals to eventually lose 3-1.

Bohemians centre back Ciaran Kelly was on media duty ahead of the game and he said “Its going to be a tough game. We know we can beat them as we have beaten them already up there and we are going into it with confidence. The minimum we can give is work rate, the quality will show after that.”

Kelly went on to say that they do not fear the quick turnaround from Friday night’s game to Monday night’s game (they face St Patricks Athletic), adding “its no problem to us, we are always in the day after a match anyway, recovering well, sleeping well, eating well.”

Kelly is in his third season with Bohs and scored his first goal for the club last weekend away to Dundalk. He added “I’ve been here three years and only scored one goal so I definitely want to add a few more to that. I’m hoping the floodgates will open and that I get a few more before the season ends.”

After suffering two defeats on the trot to two Dublin sides, Shelbourne and Shamrock Rovers, Sligo Rovers stopped the rot to an extent last weekend when they hosted St. Patrick’s Athletic and ground out a 1-1 draw.

Aidan Keena, who had been out injured, returned to the side and put them ahead in the 36th minute but Darragh Burns scored for Pats in the 51st minute to level the game.

Sligo Rovers defender Nando Pijnaker should be available for the Sligo’s next three games, this game against Bohs as well as the Derry City and UCD games, but he will then be released for international duty having been called up by New Zealand for their World Cup play-off match against Costa Rica in Qatar on June 14th. He will also be in their squad for a friendly against Peru on June 5th.

Sligo Rovers manager Liam Buckley is looking forward to the game and said “The team have trained well this week and we have almost a fully fit squad to choose from which always helps. We were better on Saturday against St Pats and we need to bring those performance levels into the next games starting this Friday night in Dalymount Park.

“Games against Bohs are always nip and tuck and we’ve had some close battles with them over the last couple of seasons. We know that Friday will again be a tight game so we’ll need to be at the top of our game to get the result we want.

“The crowd are always loud and get behind their team up there and I know we will have a good away support on the night and we hope to put on a performance to make them happy. We’ve got three big games in the space of seven days before a short break in fixtures so the lads are keen to go into the break in good form and on the back of a good run of results.”

In team news Max Mata remains out following a calf injury picked up against Shamrock Rovers. Nando Pijnaker is progressing and may be back in contention to start if he is passed fit to play and Jordan Hamilton should return having missed last week’s game against St Patrick’s Athletic.

In the 2021 season Bohs beat the Bit O’ Red once and lost on two occasions. The remaining match finished 1-1 at The Showgrounds in November.

Bohs won the first match between the sides this season when a solitary Liam Burt goal separated them when they met in Sligo on 5th April.