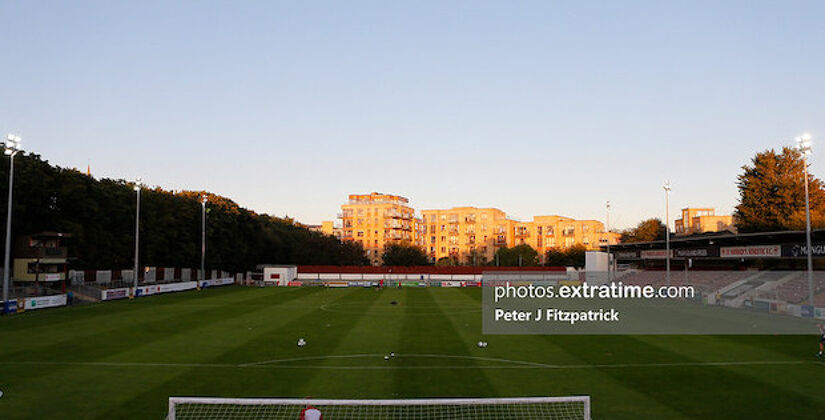 It is back-to-back home games for the Saints over the next four days as they welcome Shels to Richmond Park on Friday before Bohs travel across the Liffey on Monday evening.

It comes after three unbeaten trips on the road from which they picked up five points – a win in Drogheda followed by draws in Derry and Sligo.

The 1-1 stalemate in the Showgrounds was their most recent game - Aidan Keena opened the scoring for the Bit O'Red in the first half, but Darragh Burns struck back after the half-time break to ensure a draw for his side after a brilliant goal involving Chris Forrester and Eoin Doyle.

Speaking to stpatsfc.com, Tim Clancy spoke about the challenge they face on Friday. “Shelbourne have had a couple of good wins recently and will be coming into the game with loads of confidence after their win in Derry a few weeks ago and their last two wins at home,” said Clancy.

“It's certainly a game that we are looking forward to, it's another Dublin derby at home in front of our own fans, we're up for it, we're hoping for a good performance and a win."

It is expected to be a full house in Inchicore for this derby game.

"I think we had enough chances possibly to win the game, but we'll take a point on the road. It's a tough place to go and I think they'll take points off teams this year definitely.

Reds boss Damien Duff joked that he might have bring some of the Briogaird Dearg supporters group into his match day squad which he says is “down to the bear bones”.

Duff, and Alan Quinn, are serving their third and final match suspension – Shels have managed to win both of the previous games despite those managerial suspensions.

Having lost three in a row prior to that, Shels earned their first home wins of the season with back-to-back victories in Tolka Park over Sligo Rovers and Drogheda United.

But those win have come at a cost as they are now in the midst of an injury crisis with academy players having to step into the squad.

“We’re not far away from asking some of the Briogaird Dearg to play,” said Duff speaking to his club’s media team.

“We’re probably facing the most amount of injuries we’ve had this year but the lads can’t wait and are obviously in good form with the two wins on the bounce.

“It’s the first time the club has done that in nine years which is important to make these little markers on the way together.

“If there’s any time in the season that we need the fans it’s now to pull us through to the summer break.”

When the teams played earlier in the season goals from Darragh Burns, Mark Doyle and Jay McClelland earned all three points in a sold out Tolka Park.

MATCH STATS
Top scorer for the Saints so far this season is Eoin Doyle with five goals. Top markman for the Reds is Sean Boyd, who also has found the back of the net on five occasions. Boyd has three goals from the last five league games.

In 2020, when Shels were last in the top flight, it was honours even between the teams in the games between the sides in the shortened COVID-19 hit season. The Athletic won 2-0 at home while it was a 1-0 home win in Tolka Park.