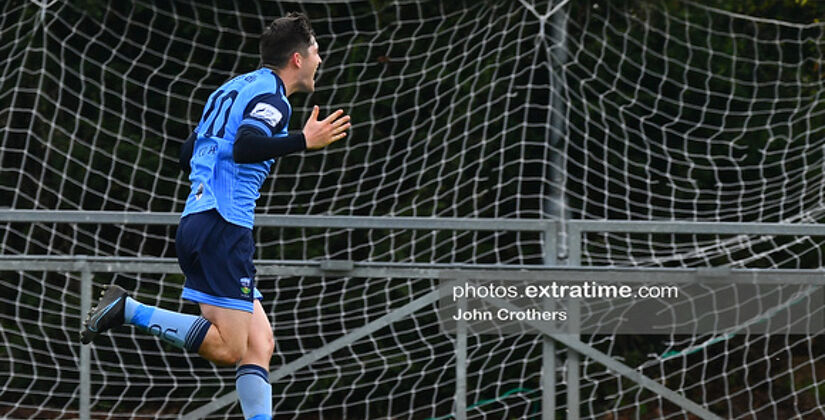 Ruaidhri Higgins’ side picked up one point from a possible six during the double fixtures over the Easter weekend- a first league defeat of the season was inflicted by a Shelbourne side who have picked up a number of impressive results on the road this season while the second game saw a Sam Long inspired Drogheda United take a point at Head in the Game Park.

The Candystripes are still at the top of the Premier Division table, however their lead has been cut to a single point by Shamrock Rovers who travel to Dublin rivals Bohemians tonight. In team news, long term absentees Michael Duffy and Ciaron Harkin remain out of contention while Republic of Ireland Under 21 international goalkeeper Brian Maher returns to the fold after illness.

Speaking to  Lawrence Moore  of Drive 105 Match Night  Live, Higgins was in upbeat mood ahead of the Students’ visit,

“We know the threat that UCD pose and we have to be ready to deal with that. We’ve got really good attacking players and we want to control the game if we can, maybe put the chances we’re creating in the back of the net. I think, especially the other night, that’s the only thing that was missing.’

“We want teams to be fearful because we’ve got players to unlock the door, we’ve got players that can adapt. It’s important that we show our individuality at the top end of the pitch and be brave and take responsibility and try and get a big three points.”

UCD travel north on the back of a couple of defeats over the Easter weekend- a two nil reverse at home to Drogheda United was followed up by a last gasp defeat to St Patrick’s Athletic.

While the Students lie bottom of the table without a win to their name so far this season, they have recorded four draws and have performed at a consistent level throughout the campaign- looking beyond the results last weekend gives a good snapshot of how the season has unfolded to this point.

In the Drogheda United game, the opening goal came courtesy of a penalty given for handball on the hour mark and there were a couple of opportunities for an equaliser before former Student Evan Weir tucked home the second goal to seal victory in the dying embers of the game.

Easter Monday saw another penalty, this time saved by debutant Kian Moore but Ben McCormack squeezed home the opener. Colm Whelan netted his second goal of the season to equalise before a corner in the last minute was turned into his own net by Mark Dignam under pressure from Joe Redmond.

UCD are expected to be without the services of Harvey O’Brien, Tommy Lonergan and Dara Keane- none of whom have featured in the league this season. Lennon Gill played in Wales for the Republic of Ireland Schoolboys on Thursday night so may not be included in the starting lineup after making his first league start of the season on Monday against St Patrick’s Athletic.

UCD forward Lennon Gill captained the Irish Schoolboys Under 18s side in their Centenary Shield encounter in Wales on Thursday night while former Derry City forward Michael Harris was welcomed to Colorado Rapids 2 during the week, having signed during the off season.

UCD and Derry City met in Belfield less than 3 weeks ago. The Candystripes recorded a 2-0 victory courtesy of a free kick from Will Patching and a tidy finish from Ronan Boyce. The last time UCD visited the Ryan McBride Brandywell Stadium for a league encounter was July 2019 when the match finished goalless.